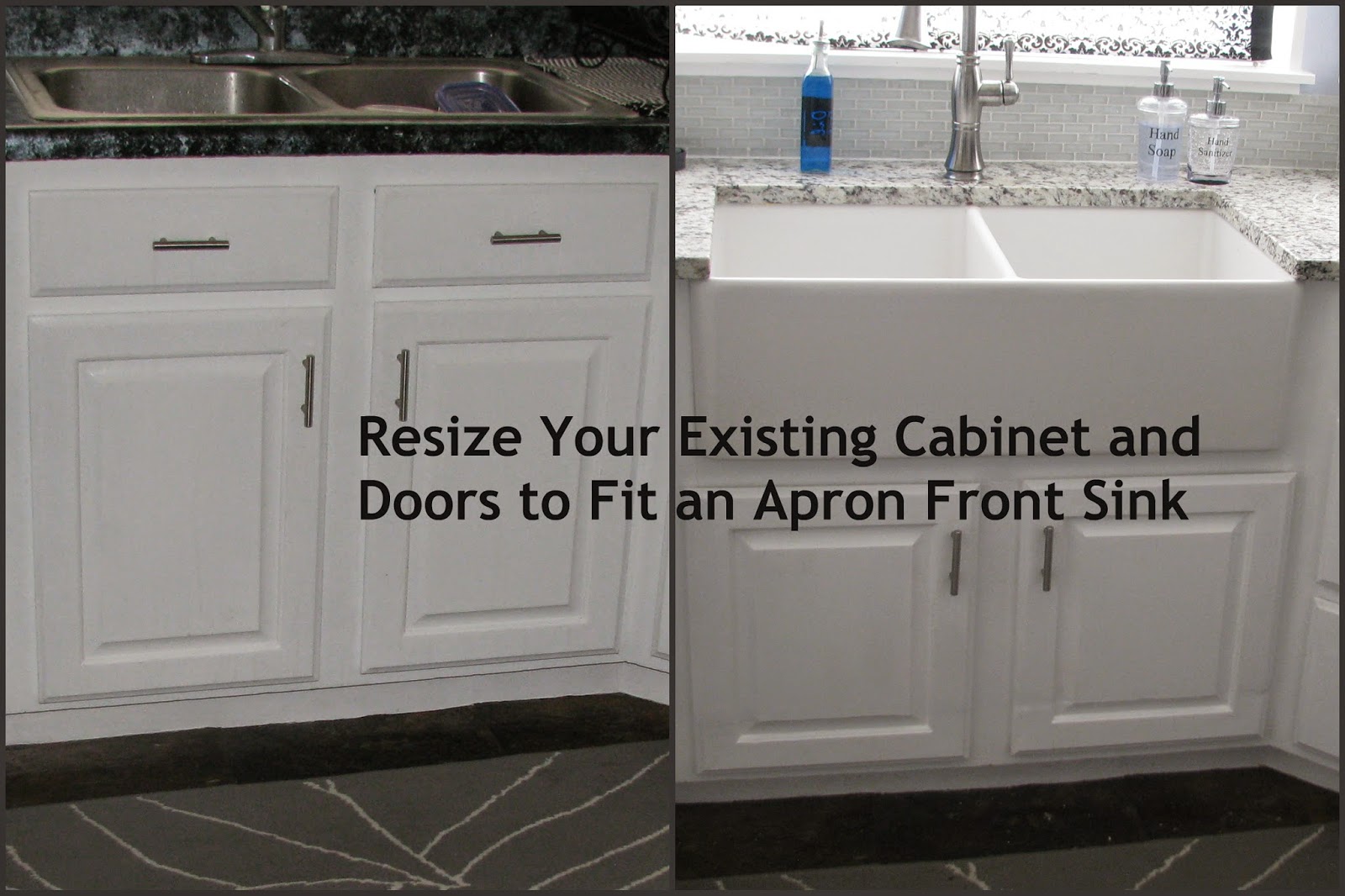 As part of our kitchen makeover, we had to take out our old sink and adjust the cabinet to fit our undermount apronfront sink before they could template the granite counter tops. I knew this would be a process (involving not having a sink for several weeks). The cabinet had to be cut and reinforced so the new sink would be level with the cabinets, and then the new counter tops would rest on top.

Fireclay sinks are all slightly different, so there was no standard template. First things, first. My husband undid the plumbing and removed the sink. Then small humans kept appearing in the opening. 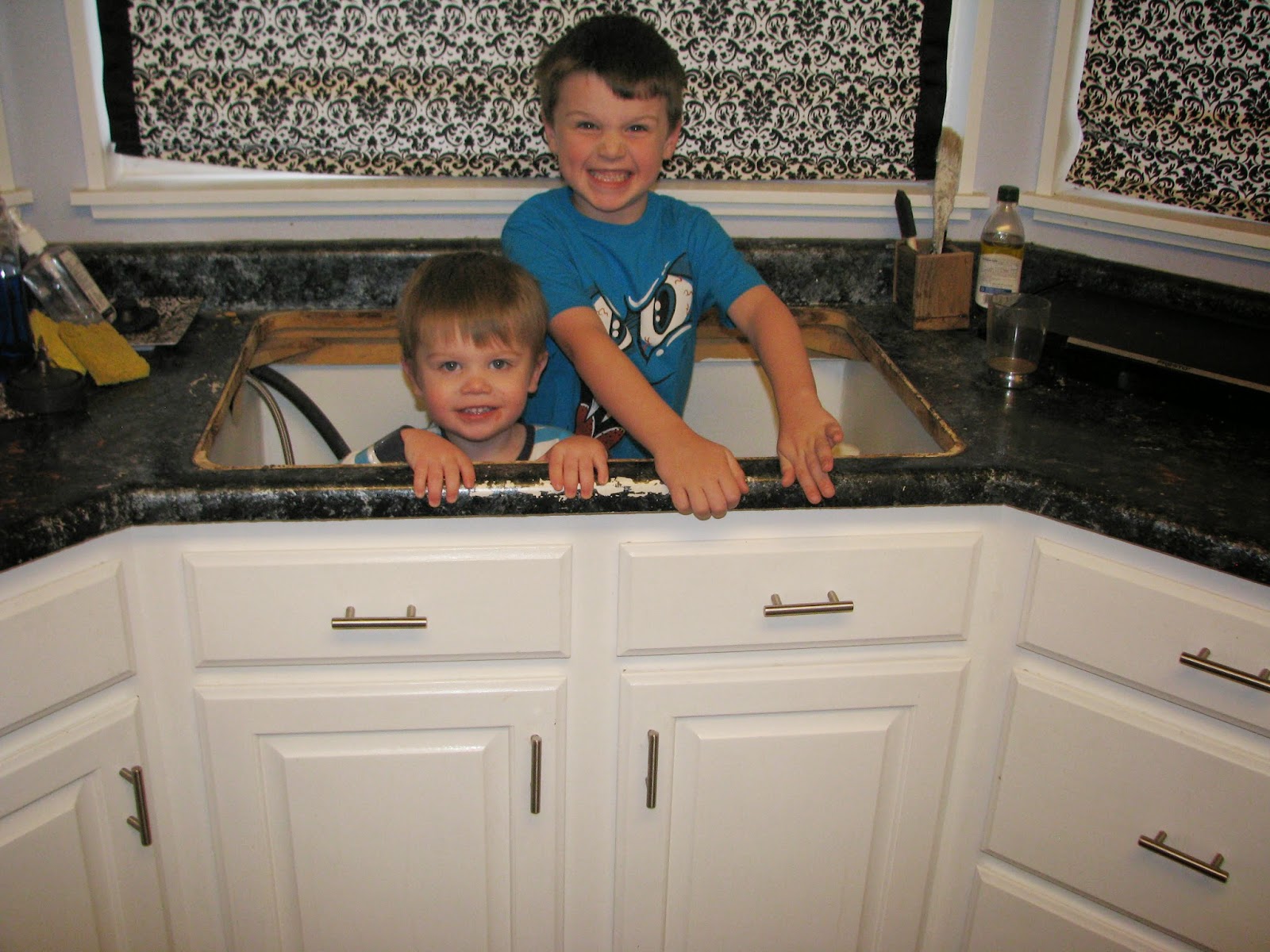 We went ahead and cut through the laminate counter top on each side so we could drill through both sides of the cabinet and access the dishwasher hoses. Then I removed the doors and drawer fronts. 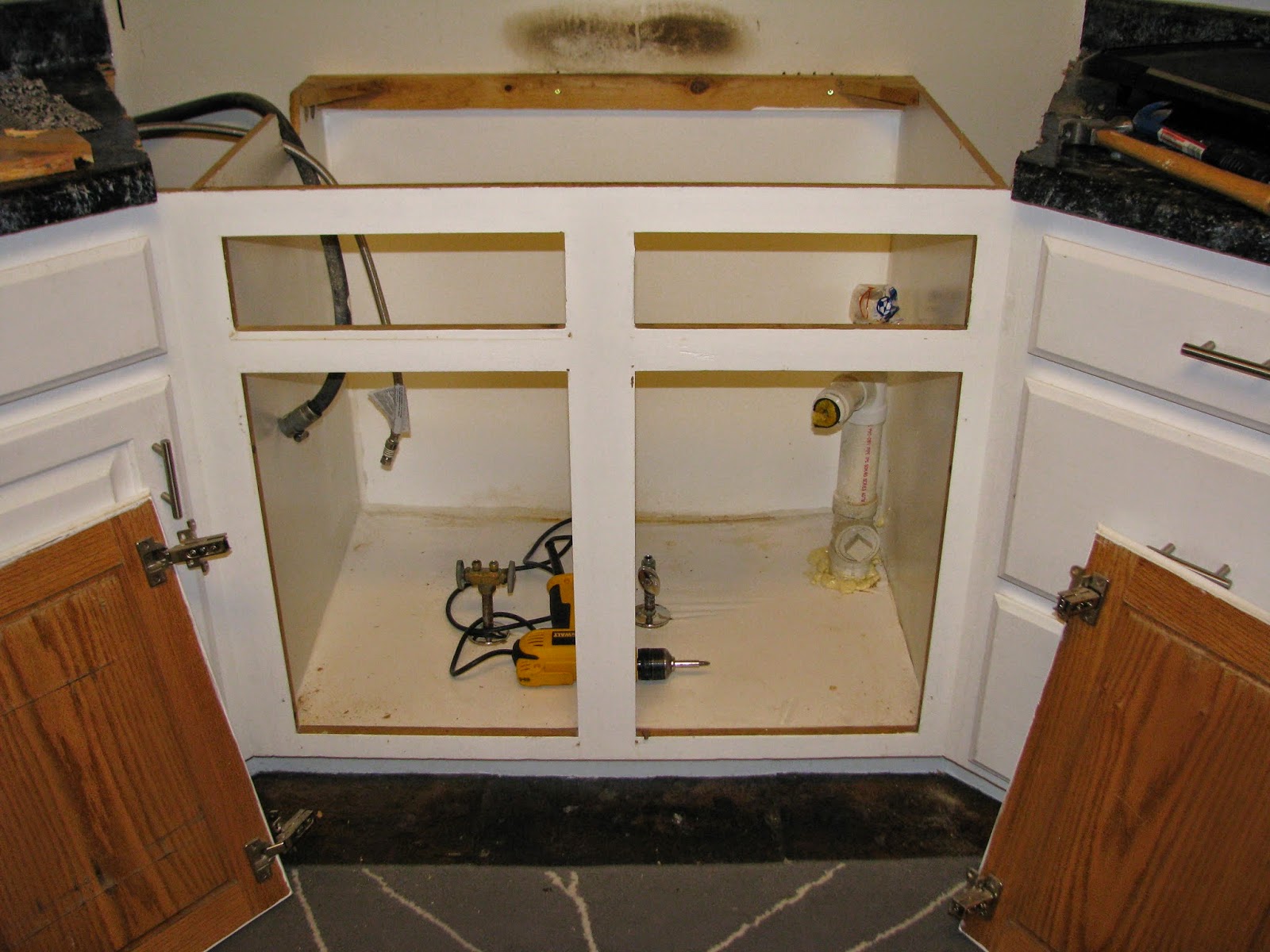 Next came some measuring. I measured the sink and fortunately it was 33"--the exact measurement to the vertical pieces of the side. Then I measured how tall it was and marked on the cabinet accordingly. 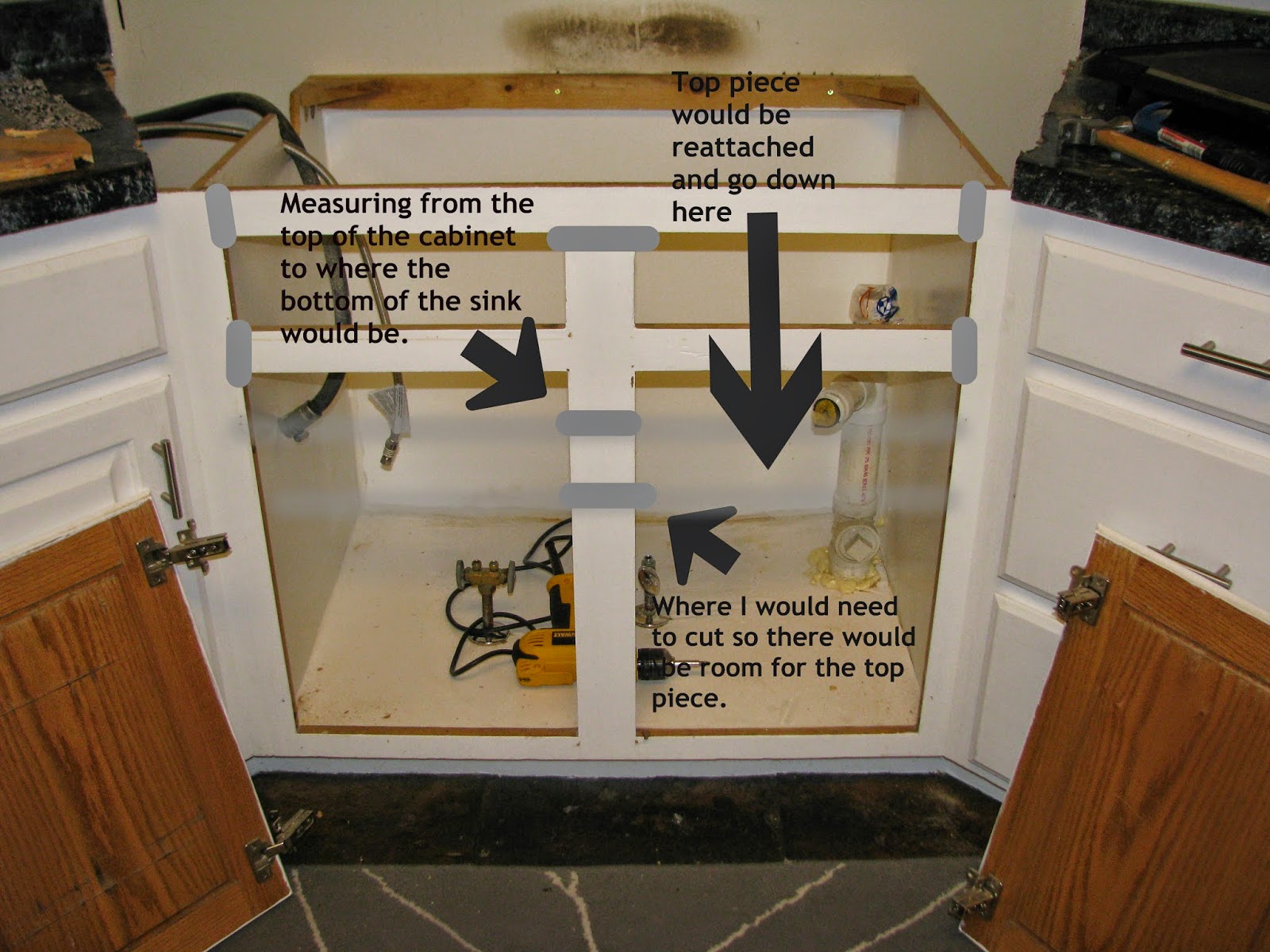 Cut down with my multi-tool 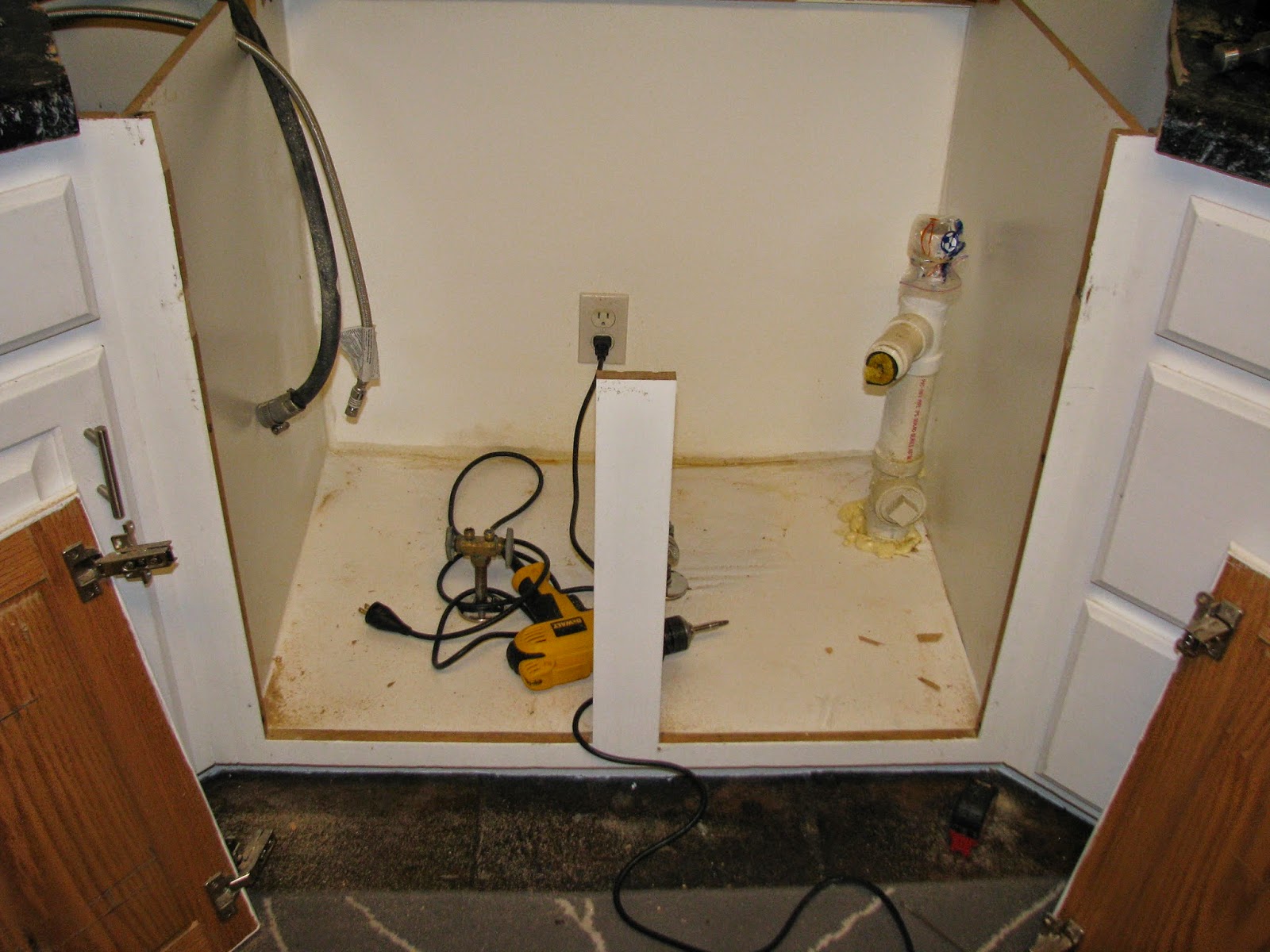 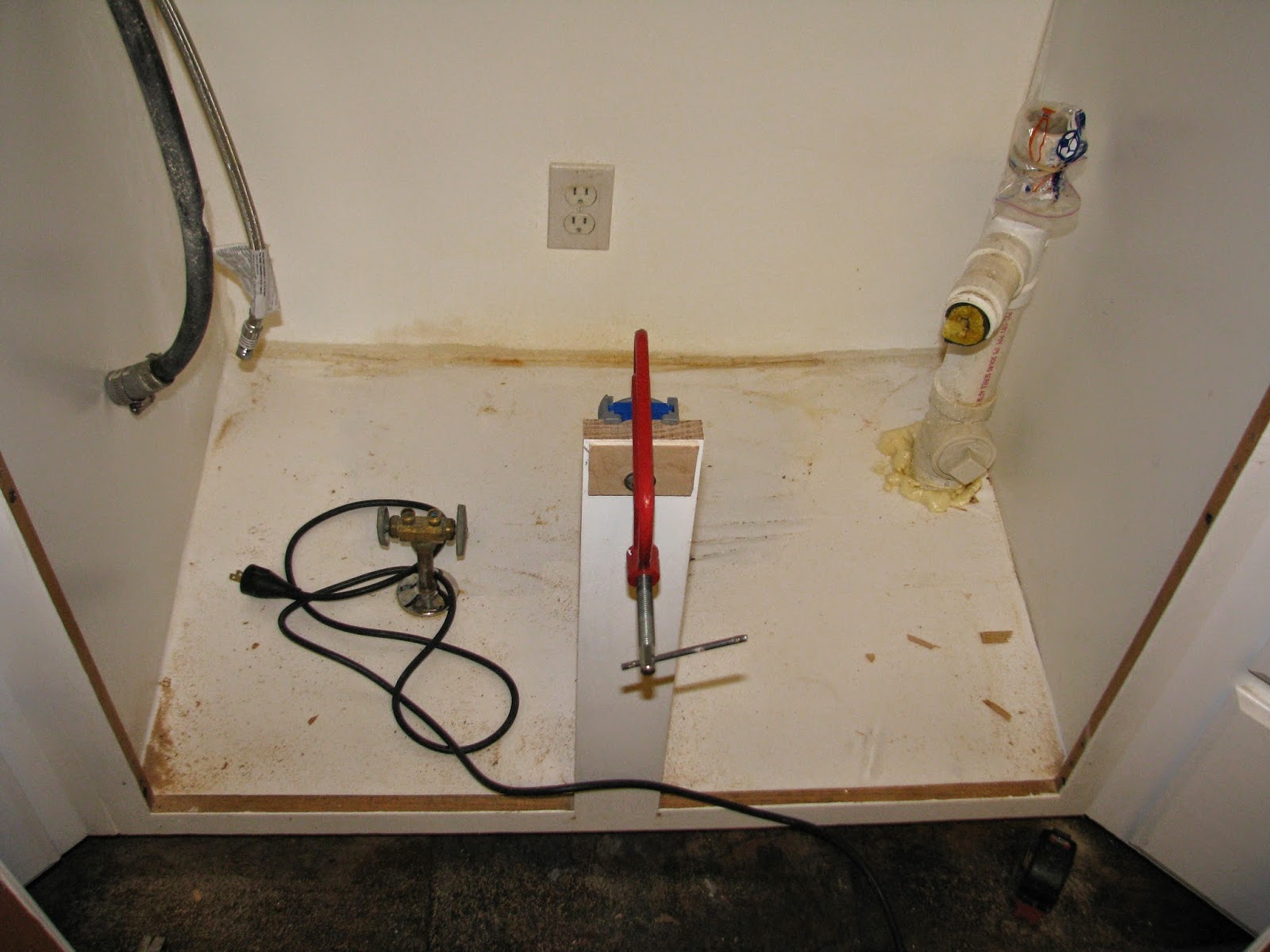 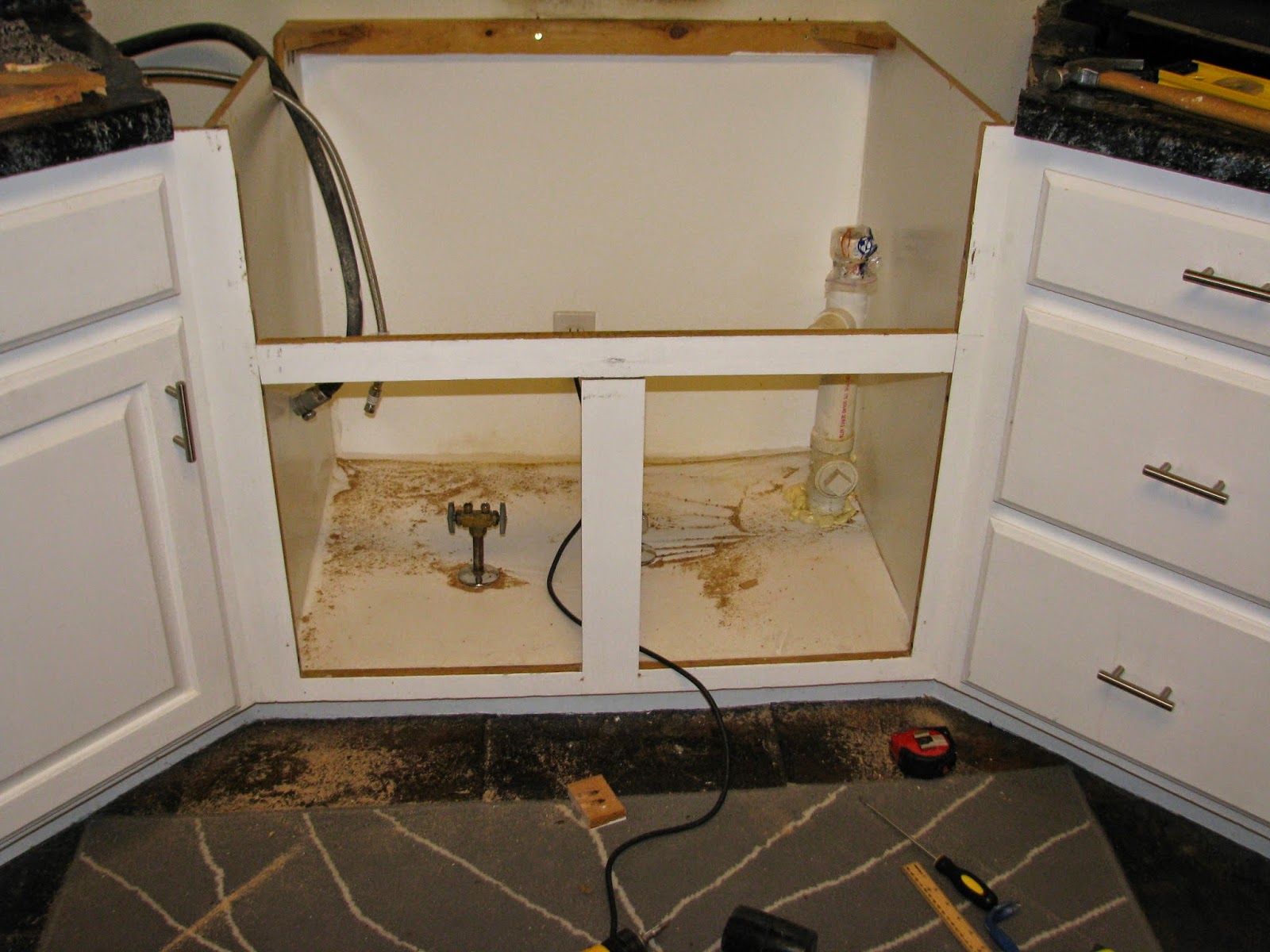 Next, my husband added all kinds of reinforcements (probably more than necessary). He put some 1/2" plywood on each side so the sides of the sink would be tight against the cabinet. Then, along the bottom where the sink would rest, he put another strip of plywood. He also put supports along the back to help hold the cabinet together. Since we have space on the sides because of the bay window shape, he even put 2x4s on the outside of the cabinets that go all the way to the floor. 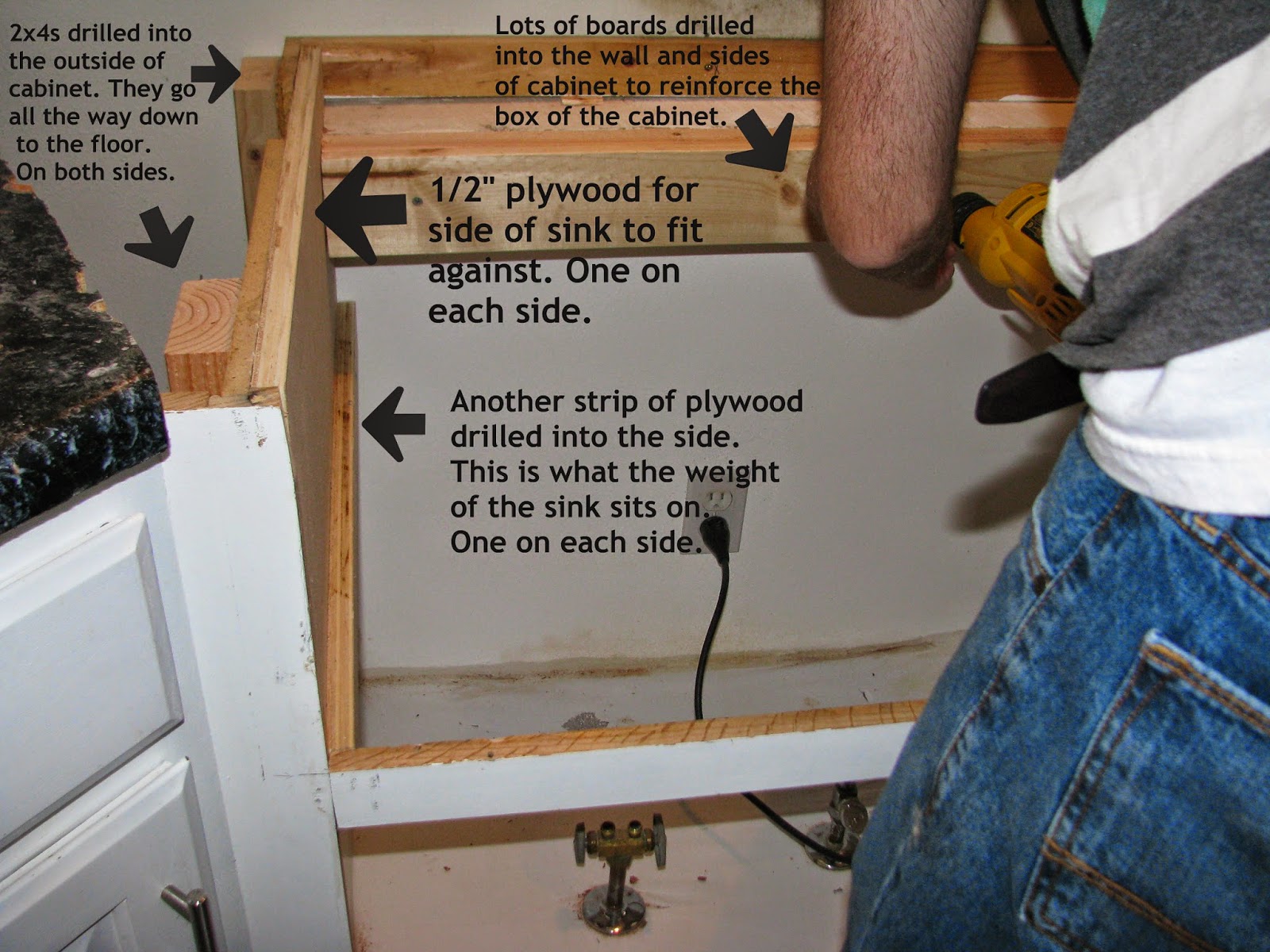 He built the back out so the sink would flat against it. He later had to cut a hole in the middle so there wold be room for the faucet and plumbing. 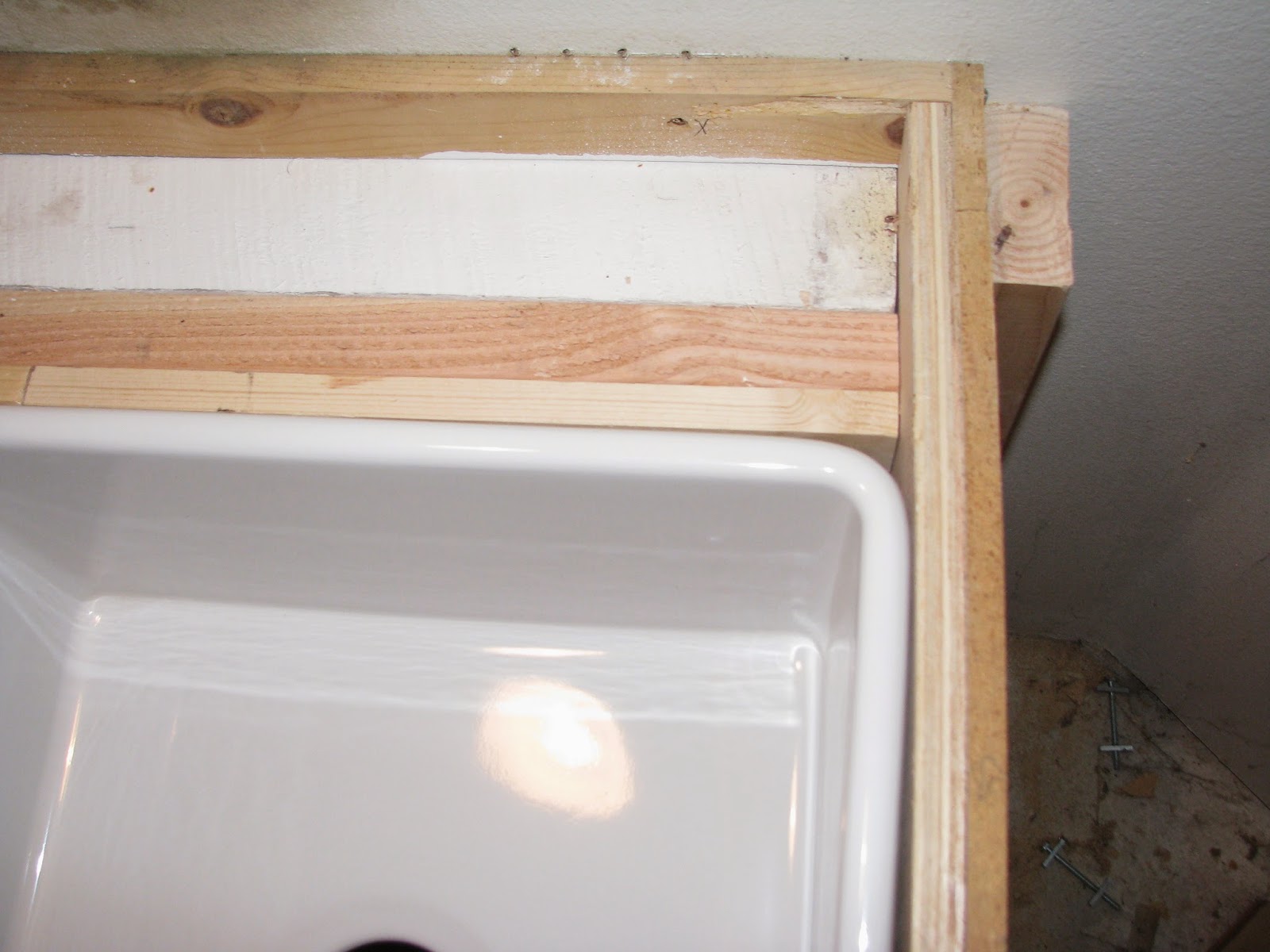 Here is the sink nice and snug in the cabinet. Our sink was 140 lbs and between the two of us, it was quite manageable to lift the sink in and out when we needed. (Not a one person job). 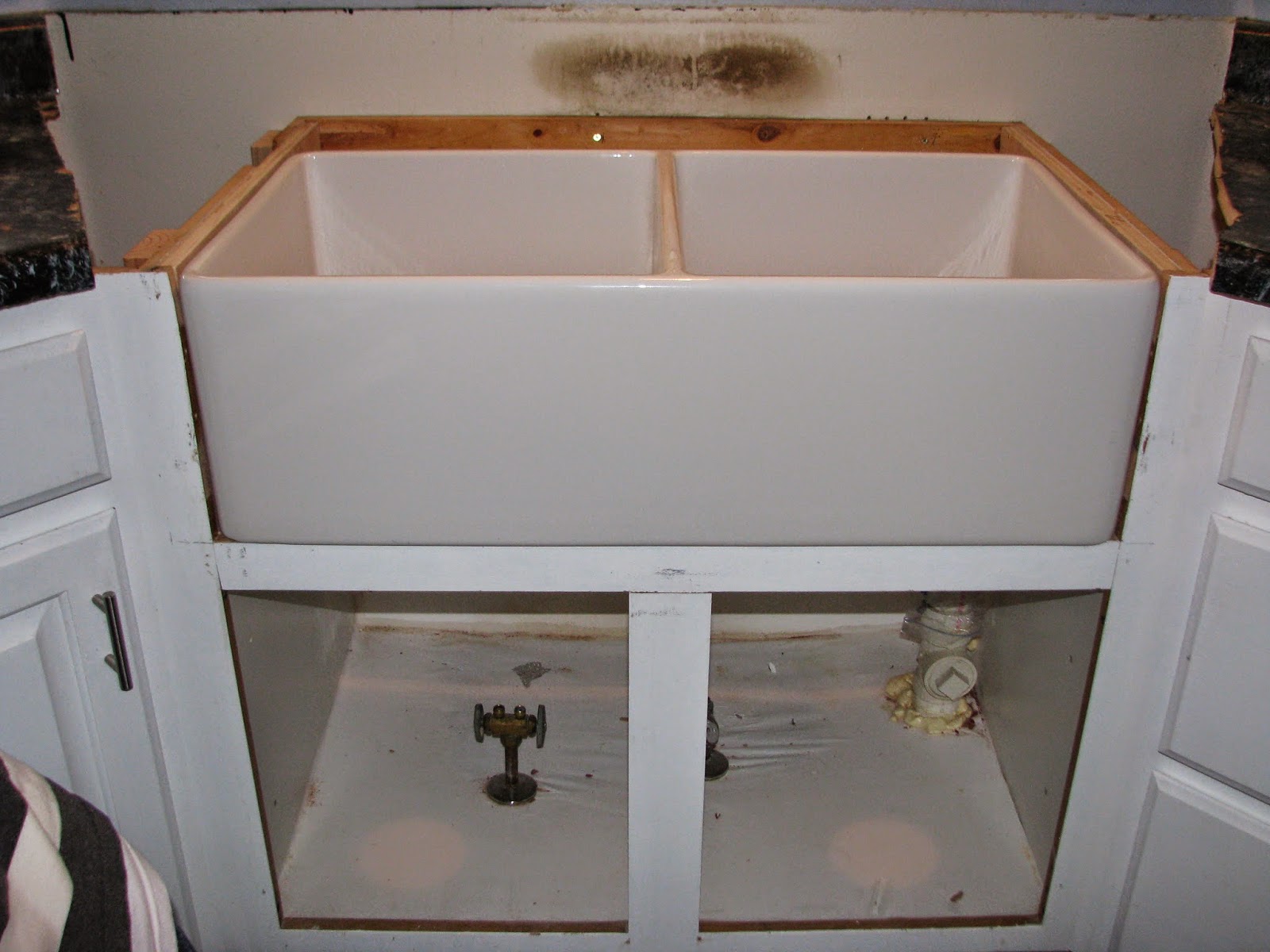 We were able to hook up the dishwasher hoses while we were without a working sink. Eventually we cut a hole lower in the left side of the cabinet to pull them through. 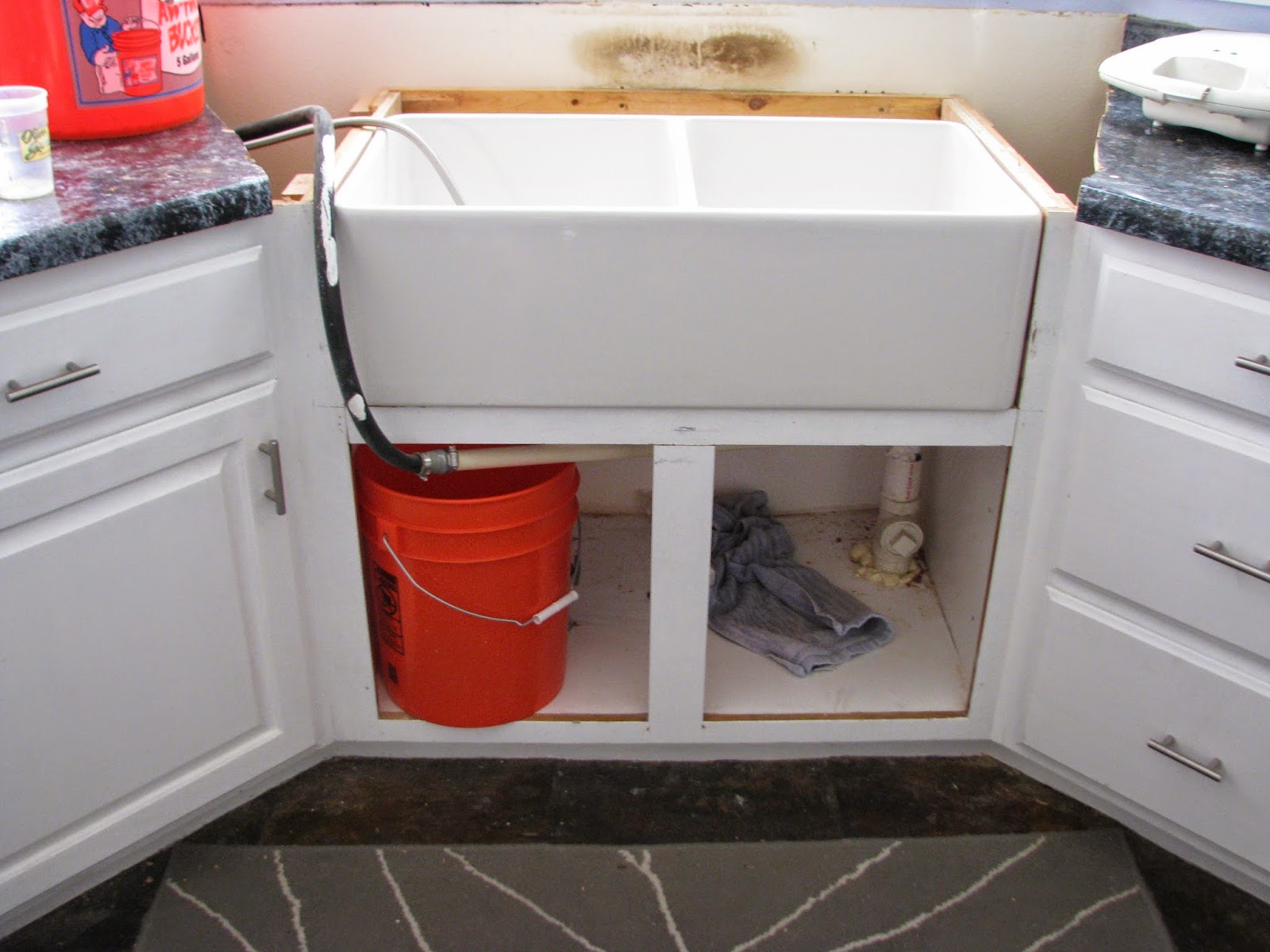 Here it is in it's under mount glory! 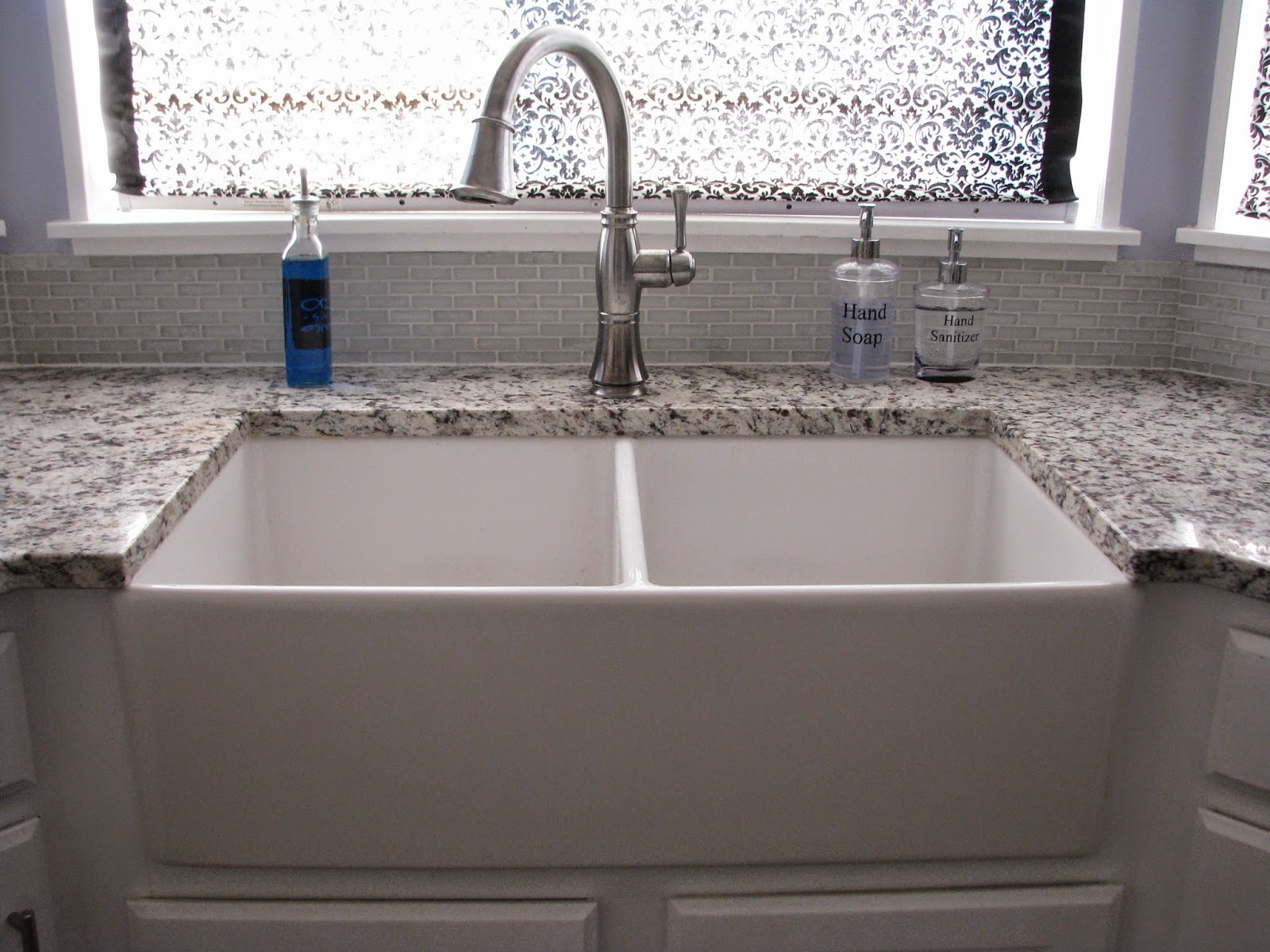 Next I cut down the cabinet doors. I measured how tall I needed them to be for the new openings. I cut the bottom just on top of the routed part. 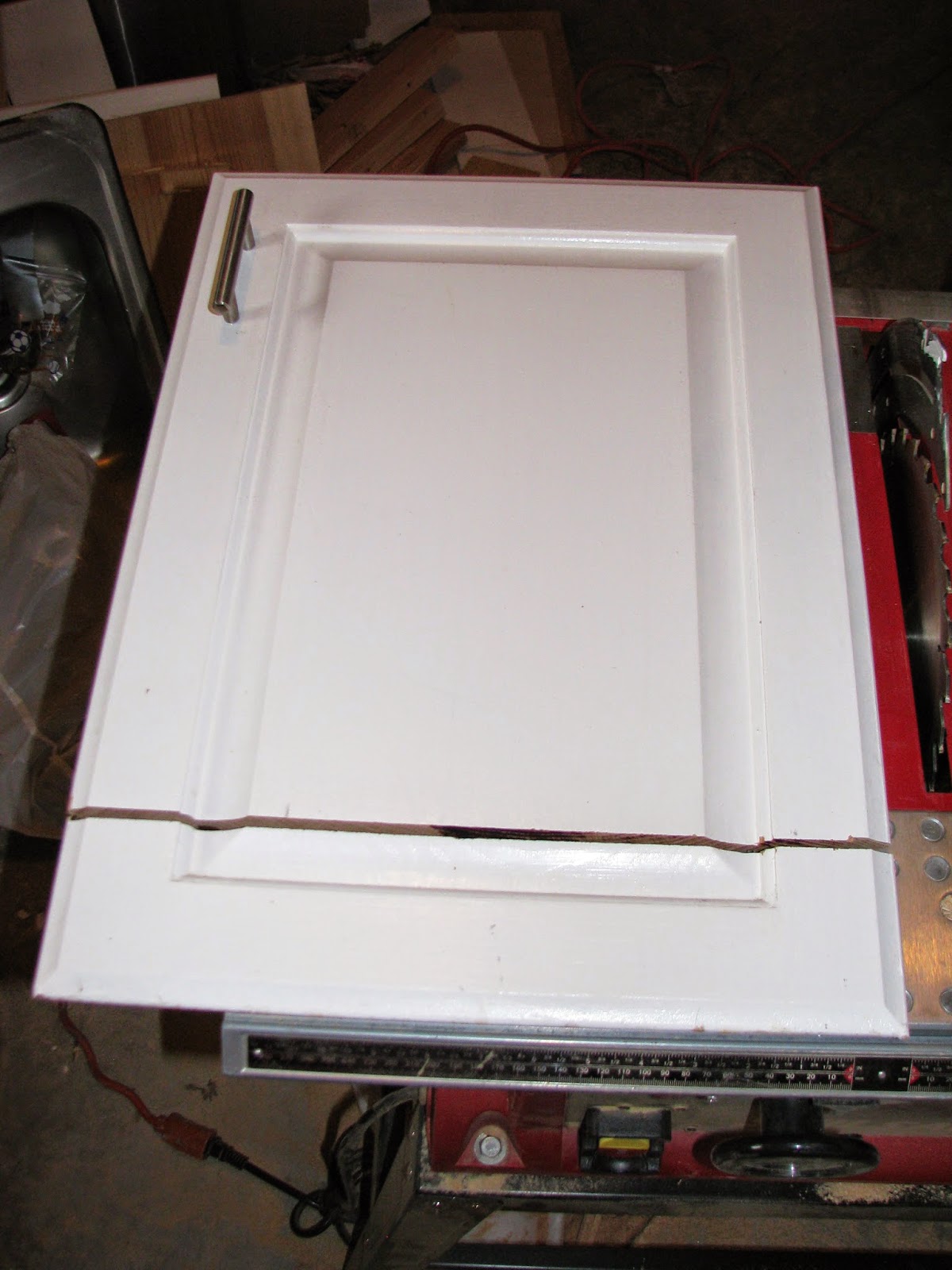 Then I cut out how much it needed to be shortened. 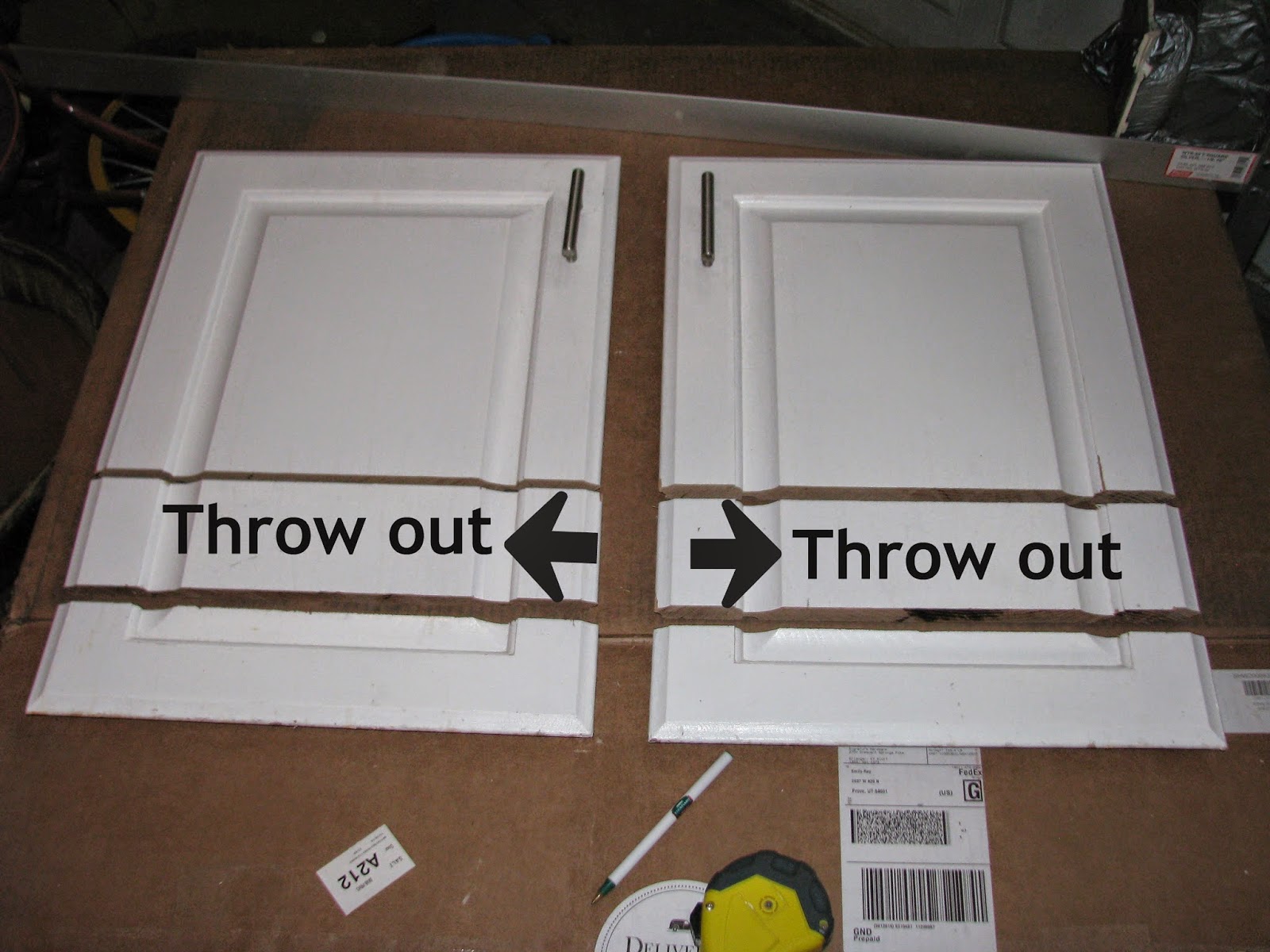 Then glue and clamp together. Since the wood was heavy I added a pocket hole in the middle and on the side opposite where the hinges would go for a little extra strength. 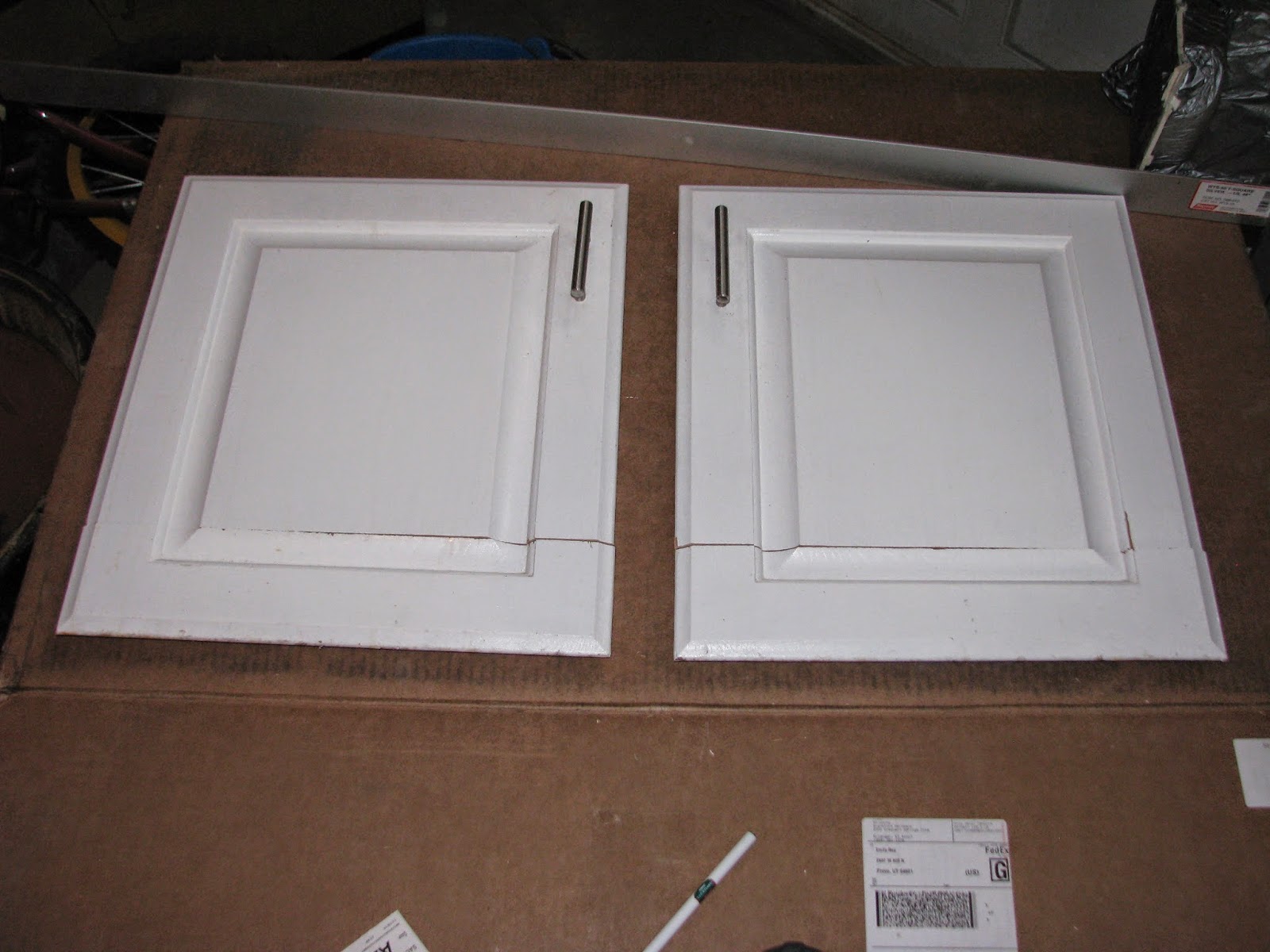 You can see on the back how the holes for the hinges are pretty close to the cut. I chiseled a little and they popped back in easily. 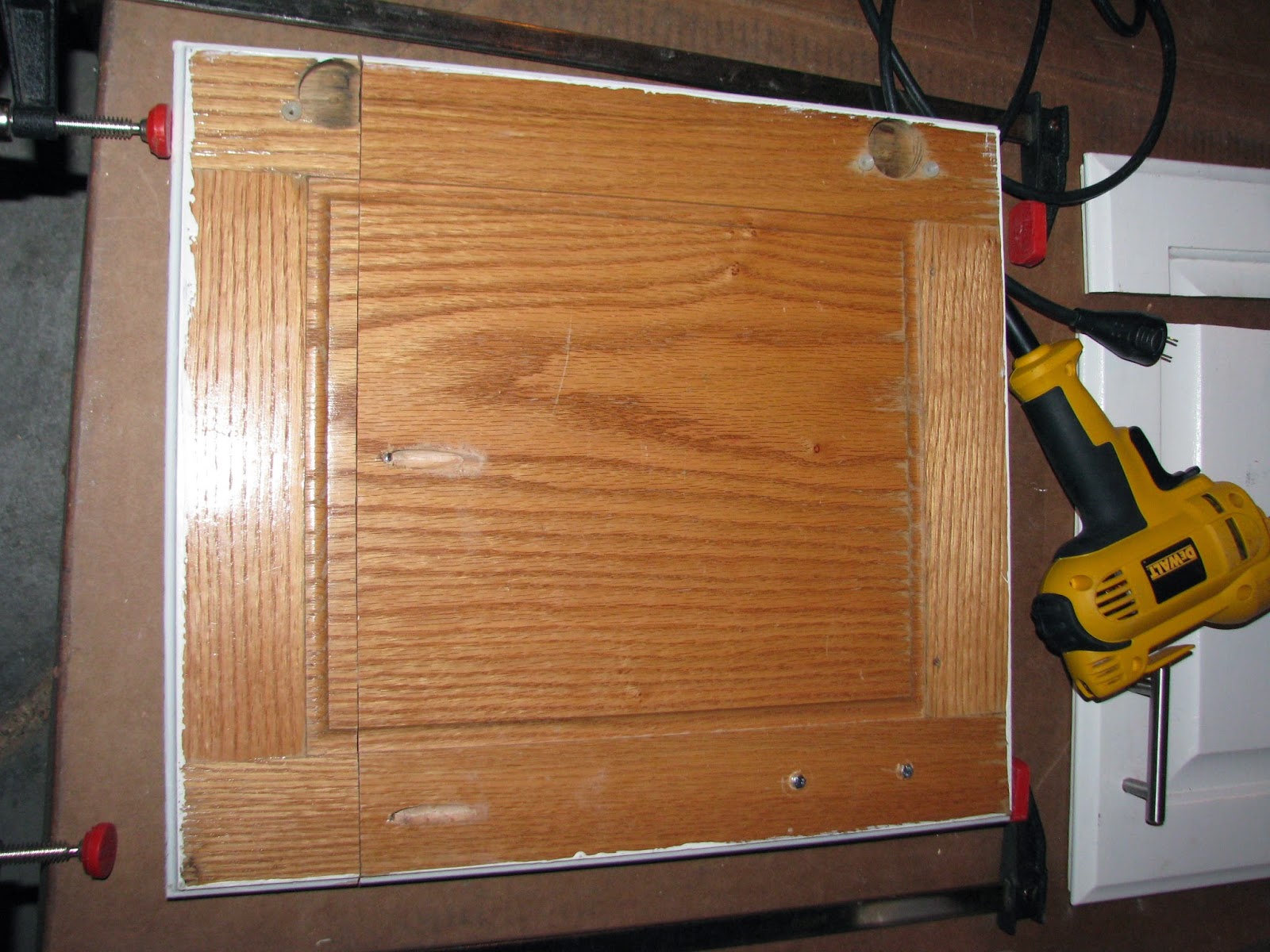 Then I did some sanding, wood filling, and more sanding to smooth them out a bit. I primed and painted. 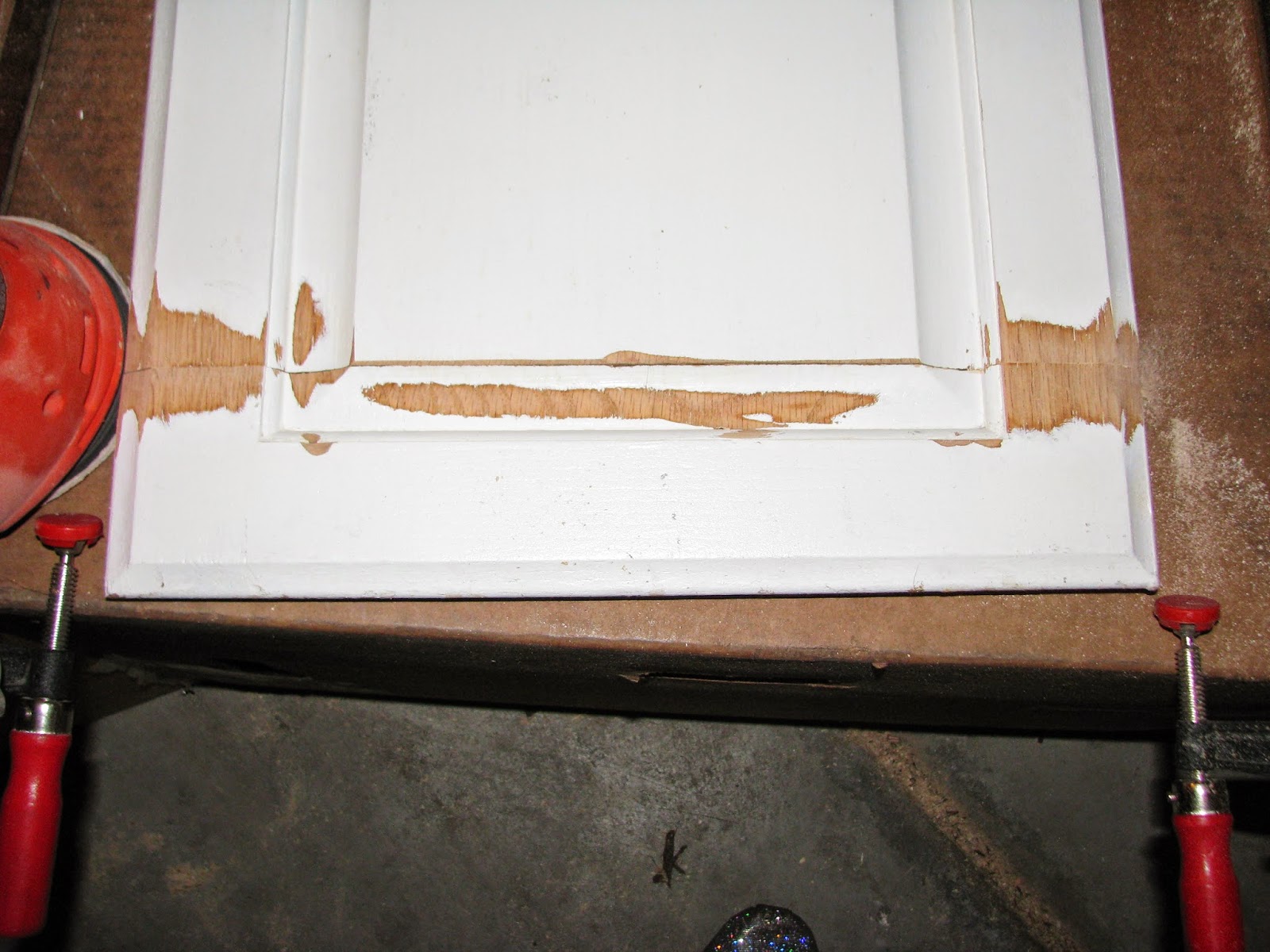 The sander got a little crazy on the right door, but honesty, no one really looks down that low when they're in the kitchen. 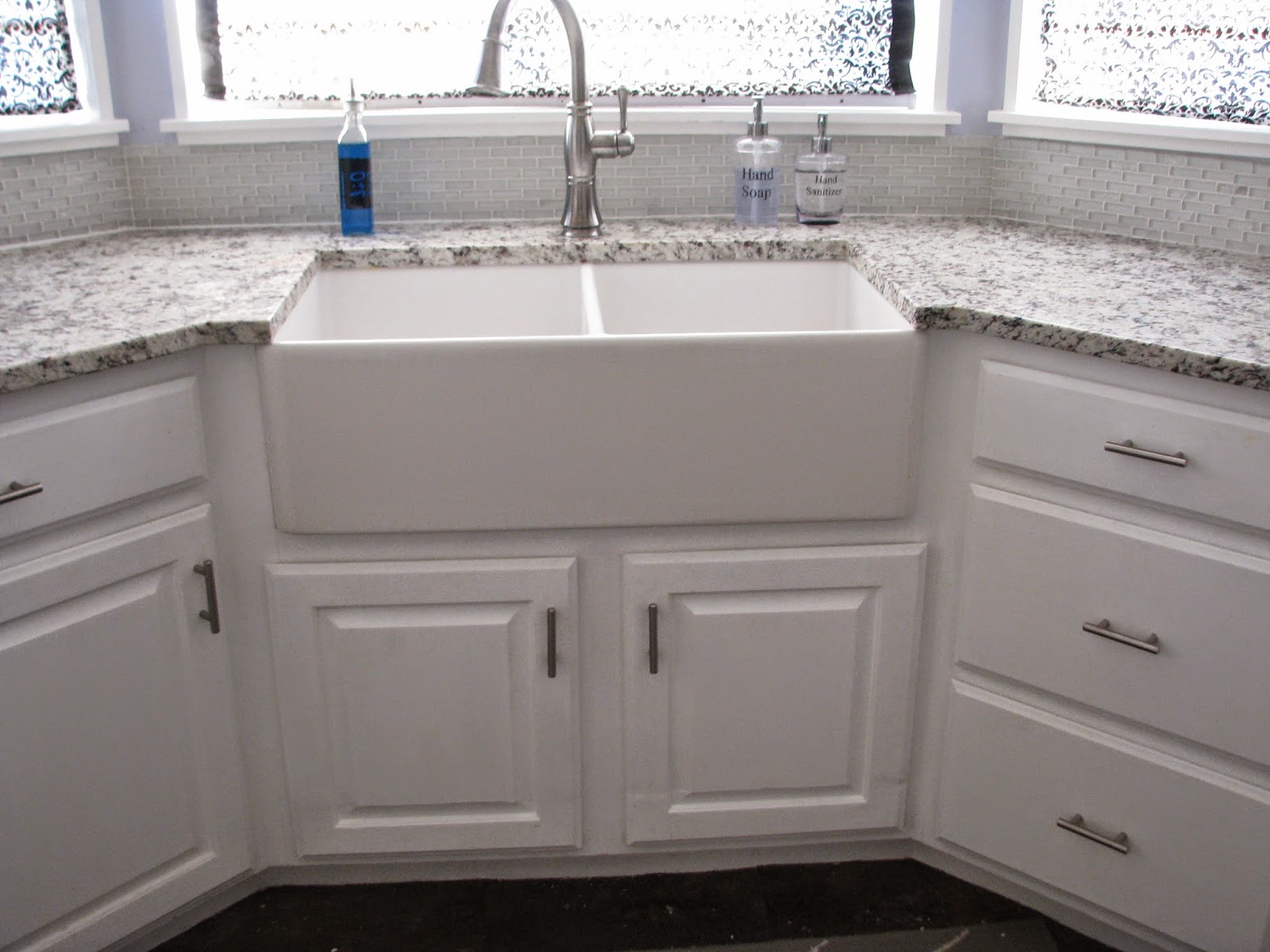 The whole thing was basically free since we used wood scraps from our garage.