Finally--an organization system for my jewelry! I had intended to use a mirror for the front, but after breaking two mirrors in the process of this project, I decided to use an engineering print from Staples for the front of the frame instead. (Sometimes, you gotta know when to quit).


The box itself was easy to make. I used my Kreg Jig to attach the top and bottom to the sides. Deciding how big to make it and where to put the dividers was the most time consuming part. 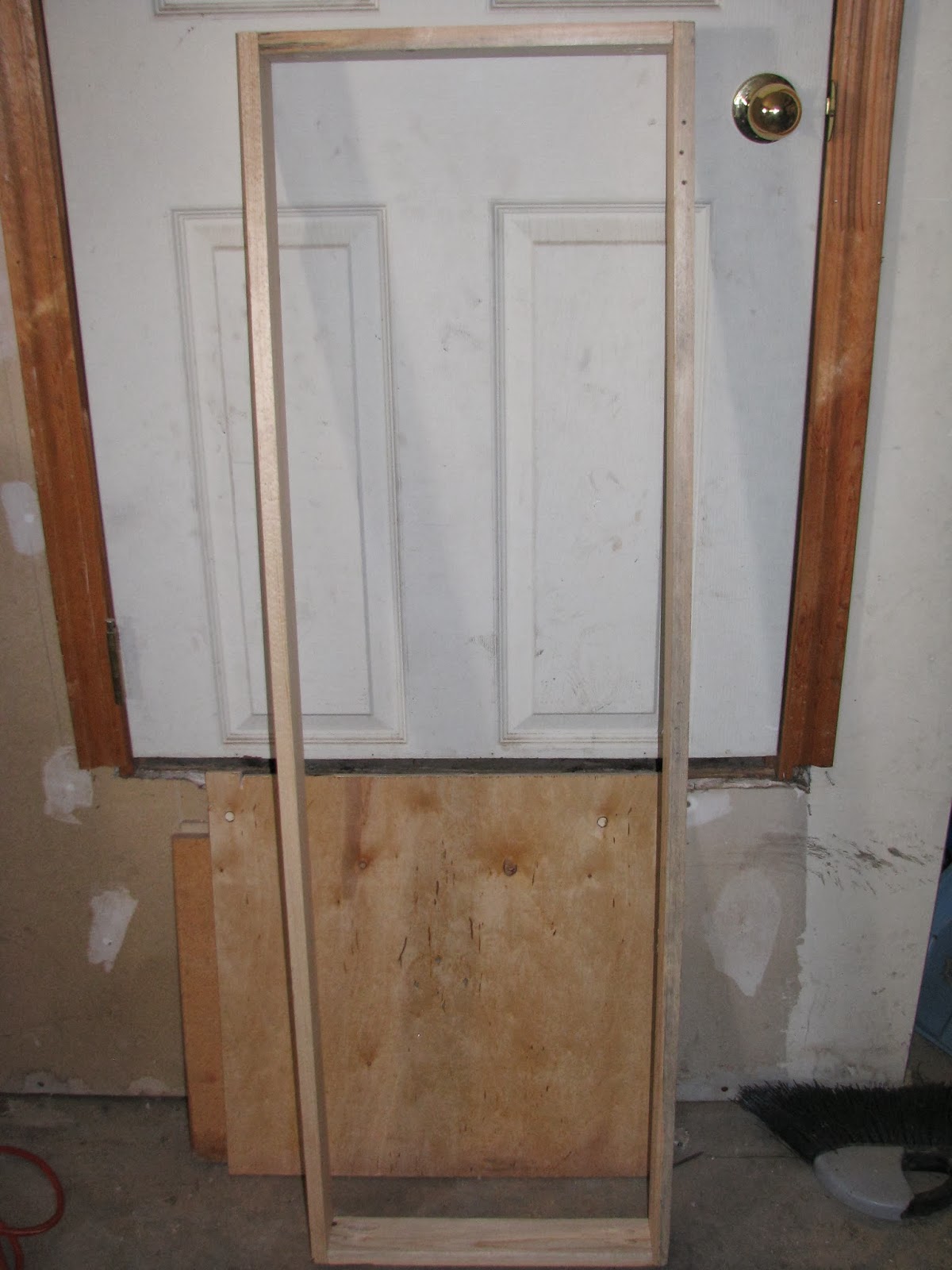 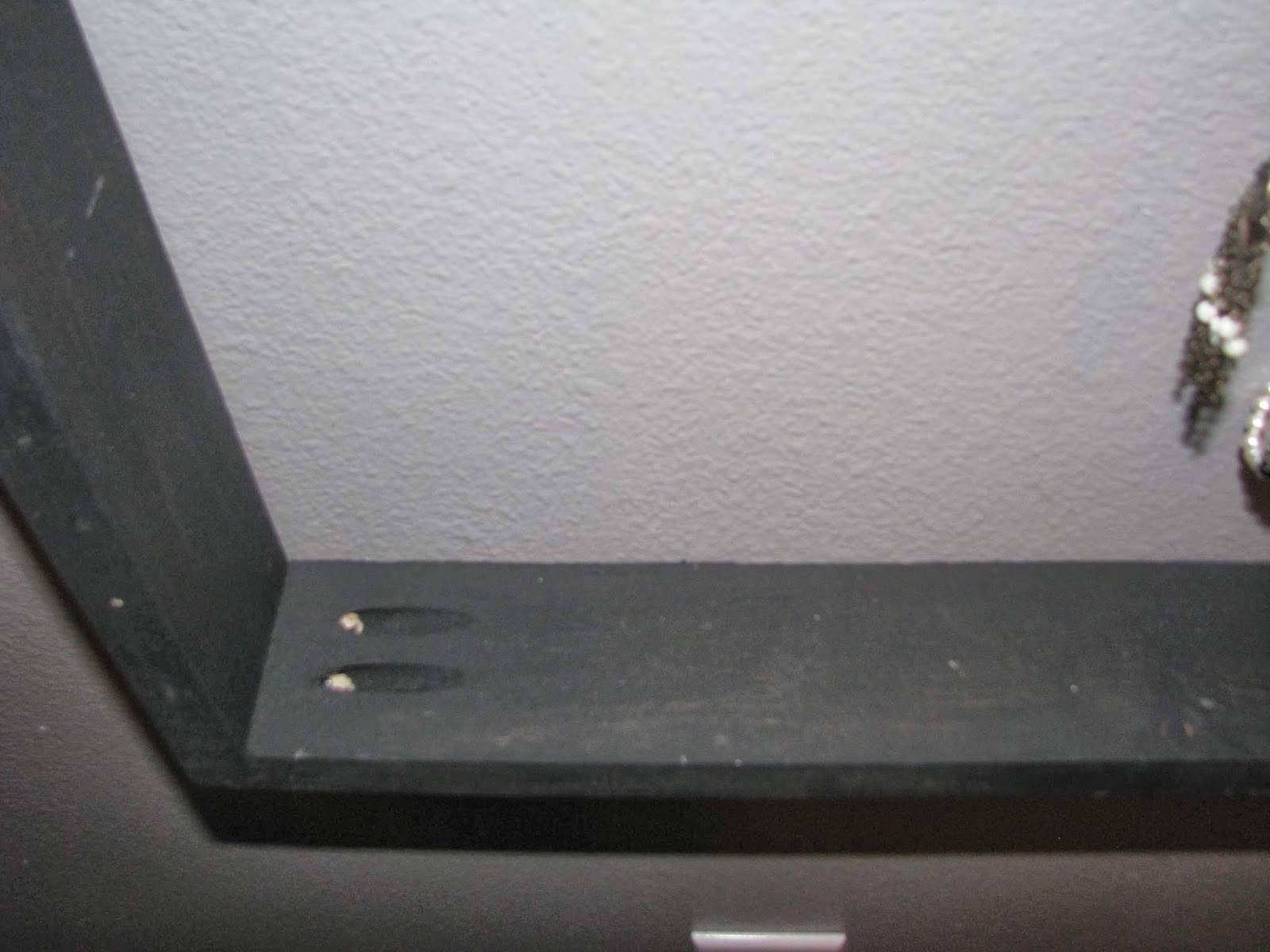 I knew I wanted a shelf in the upper 1/3 portion (less easy for my kids to get into), but it needed to fall below where the earring holder would be on the opposite door so they didn't collide when the door was closed.

I made a frame for the earring holder, so I could figure out some dimensions. I was using some left over metal, so it would be the size of whatever material I had on hand. 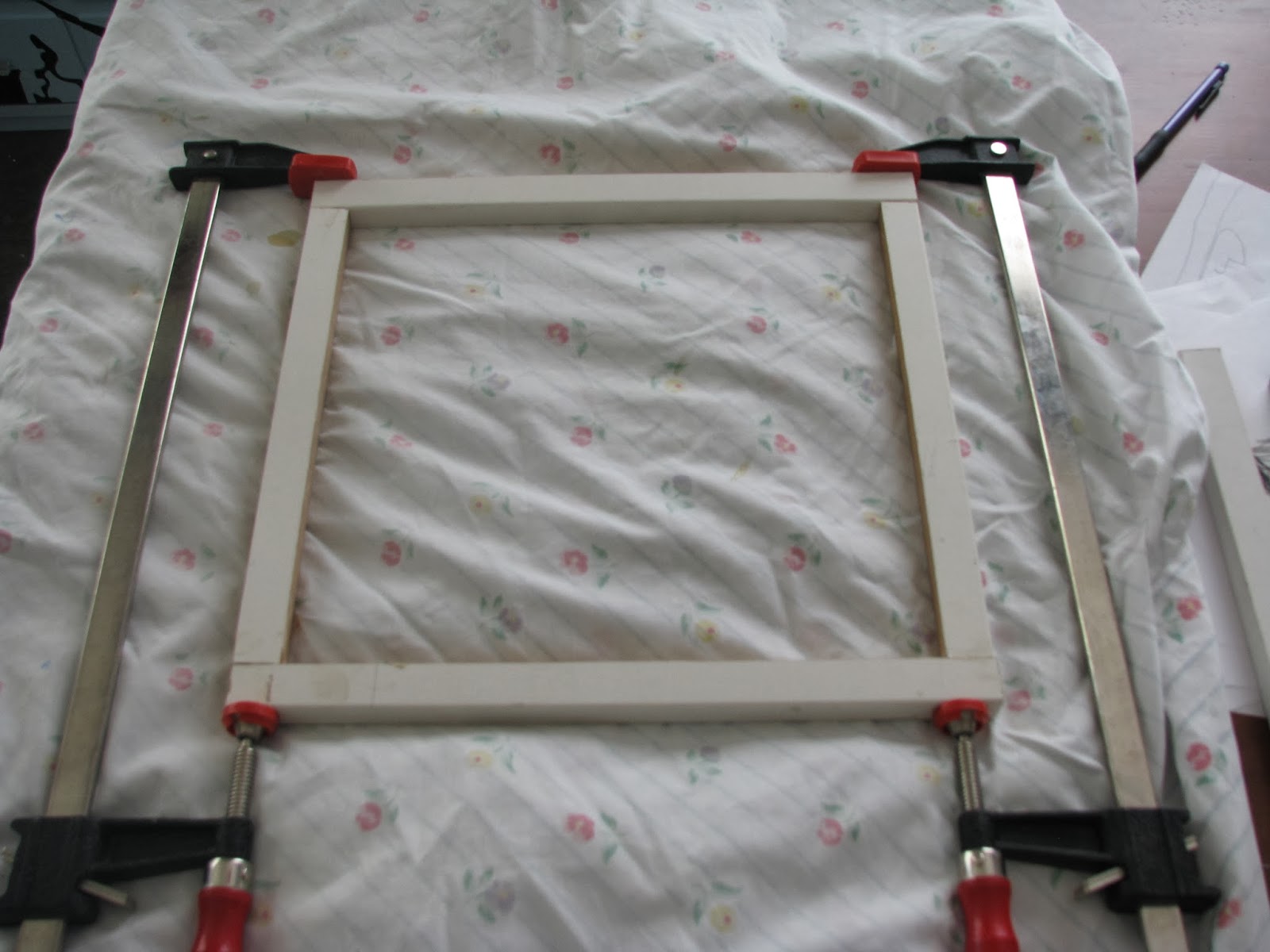 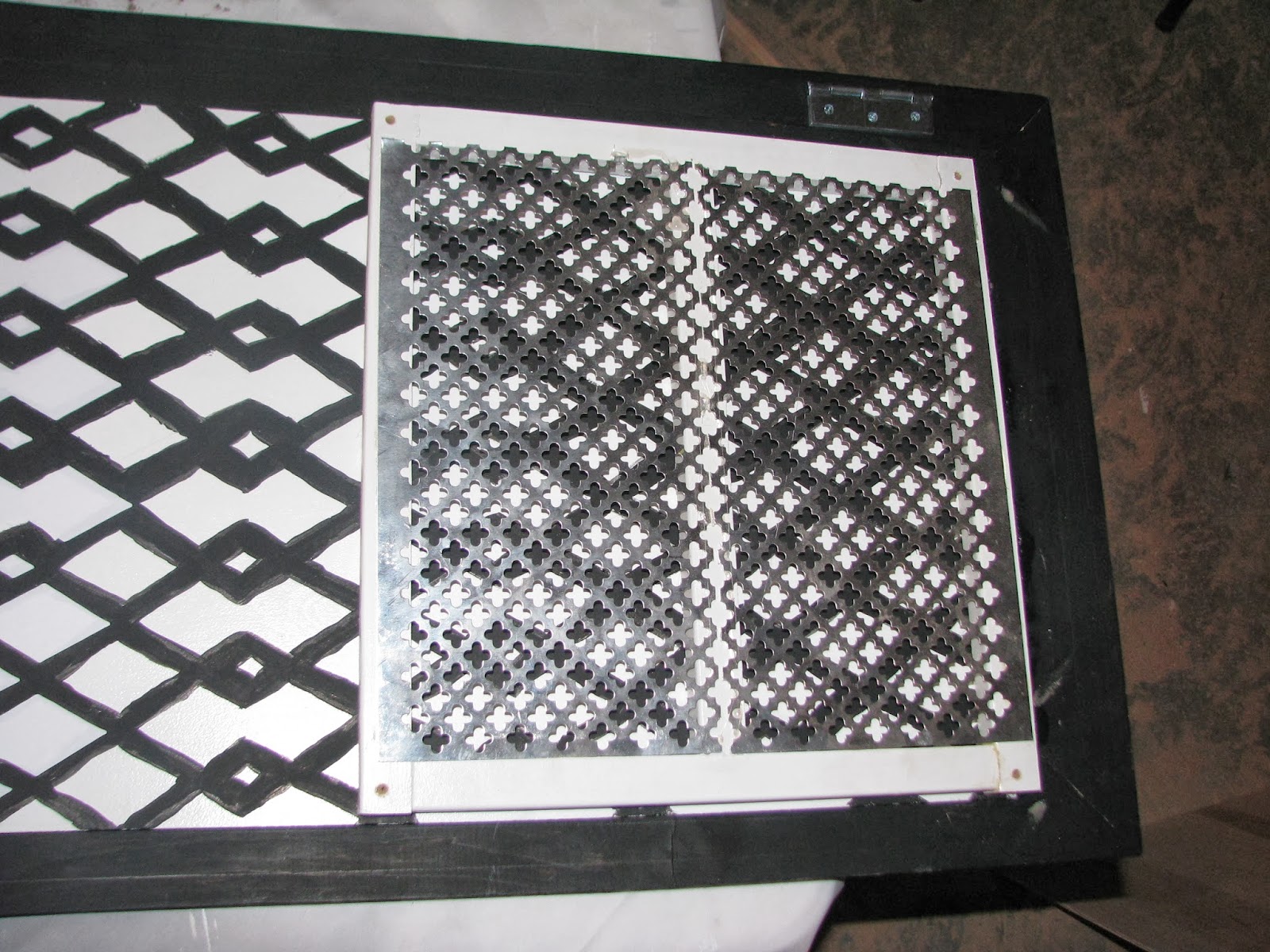 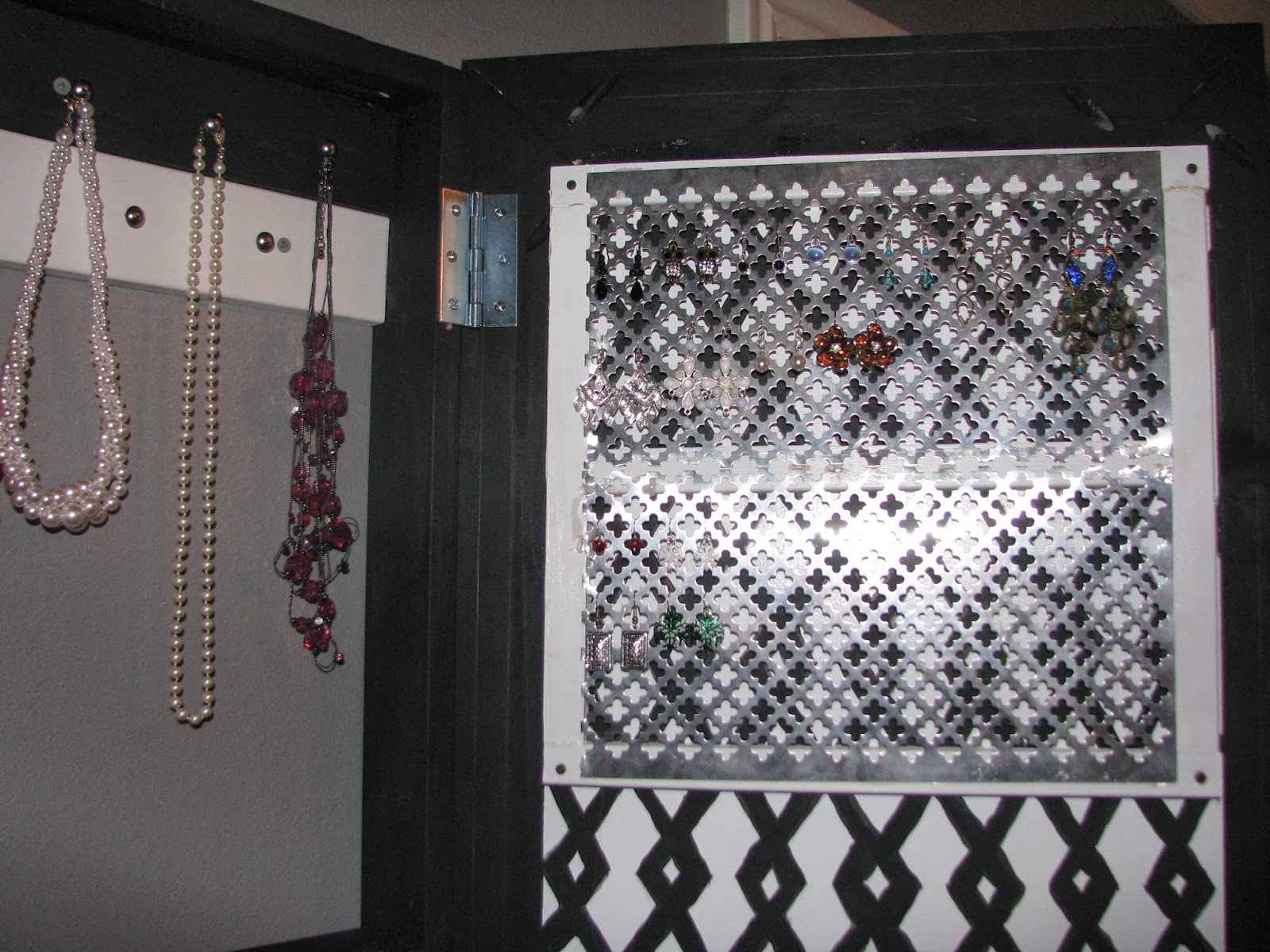 Back to the box. I ended up dividing it almost into thirds. The top is a little bigger, just so I can put stuff on the shelf and still have the clearance I need. I cut three boards and attached them to be flush with the wall when it was hanging. I used the Kreg Jig on the back to attach them to the sides. The shelf rests on top of one of the boards and was also attached with the Kreg Jig. 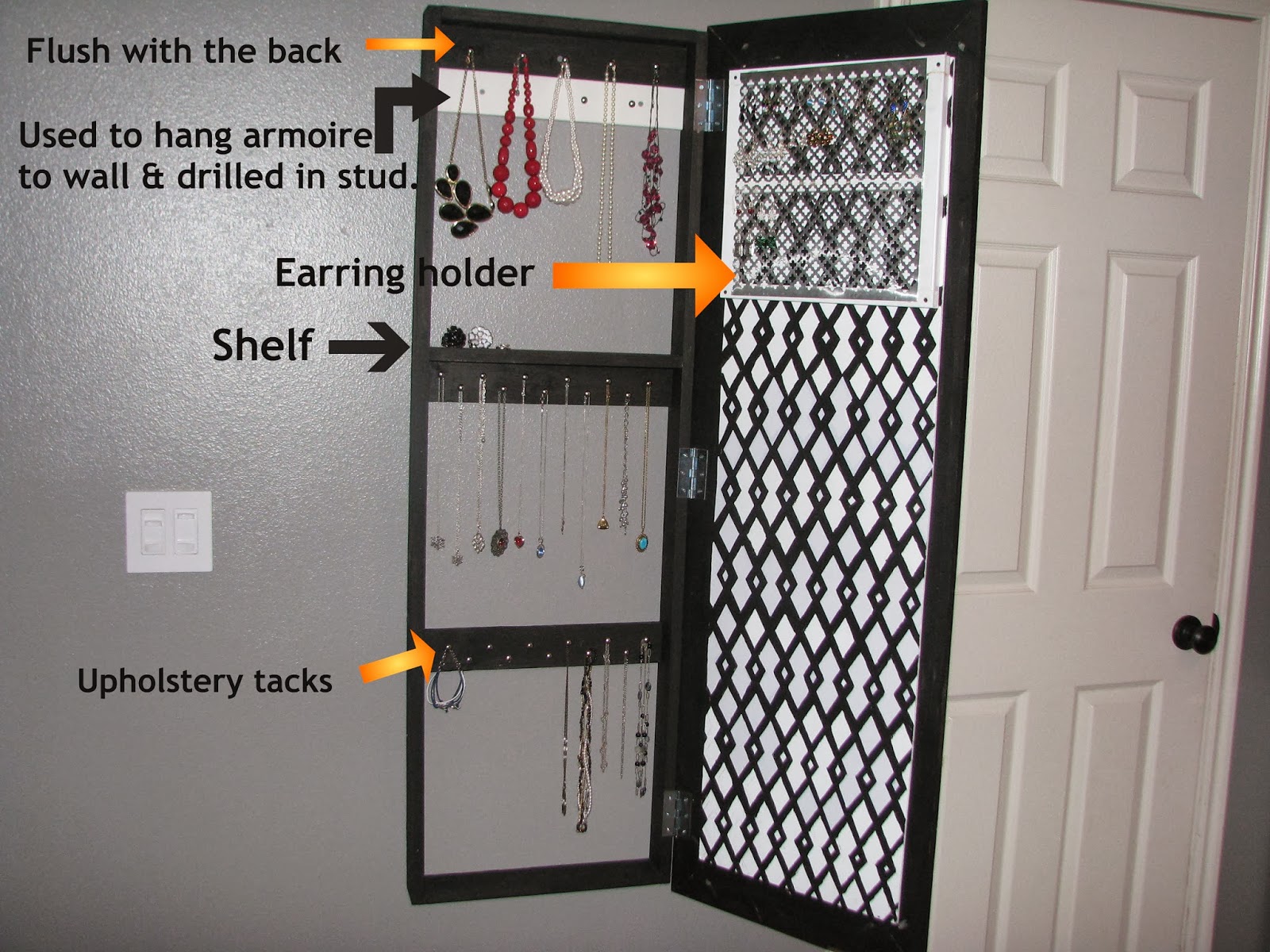 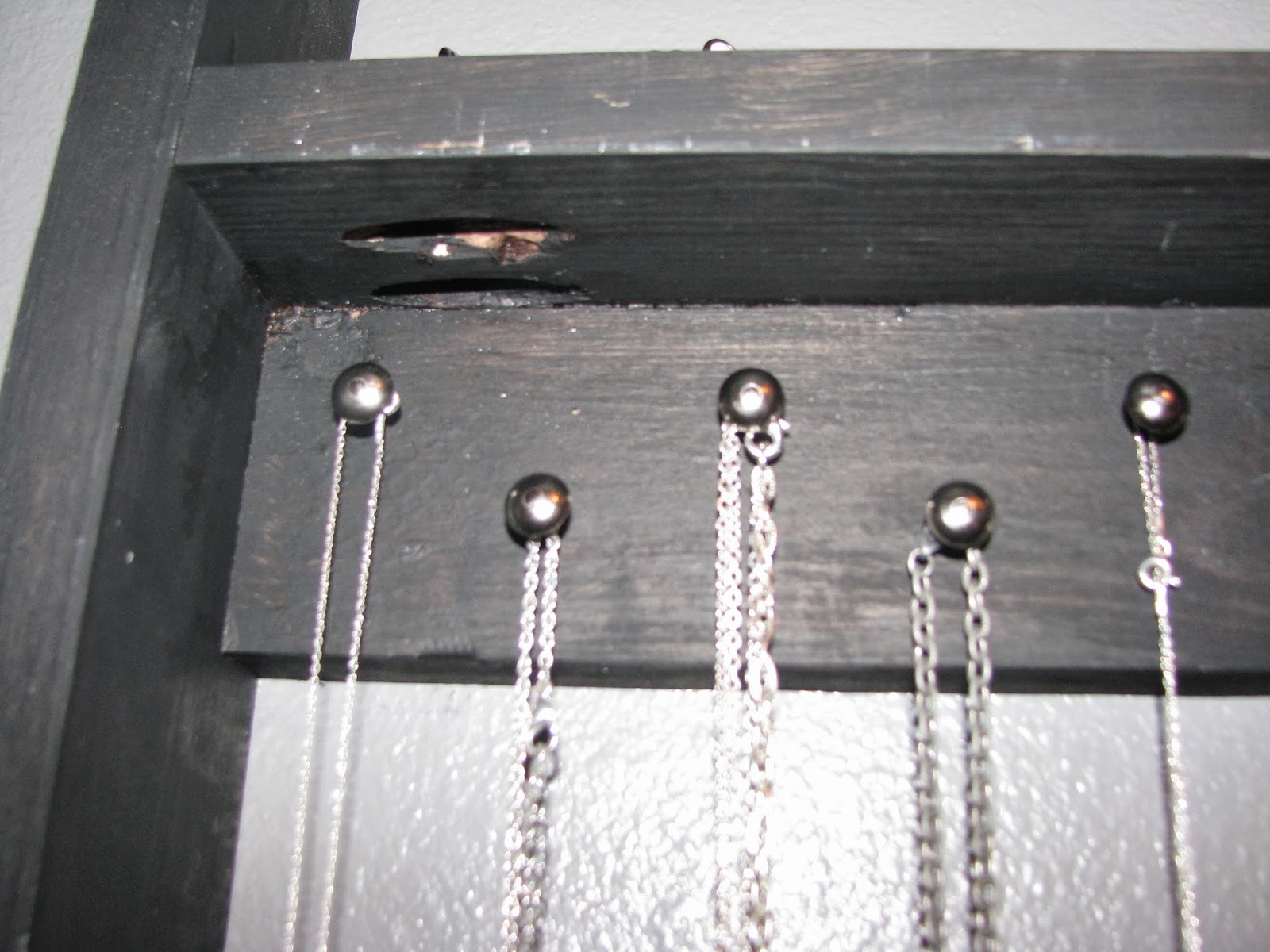 For the door I used a 1x4 to make a frame. I wanted the edges to meet at 45 degrees, so I drilled a pocket hole on each side to attach them. 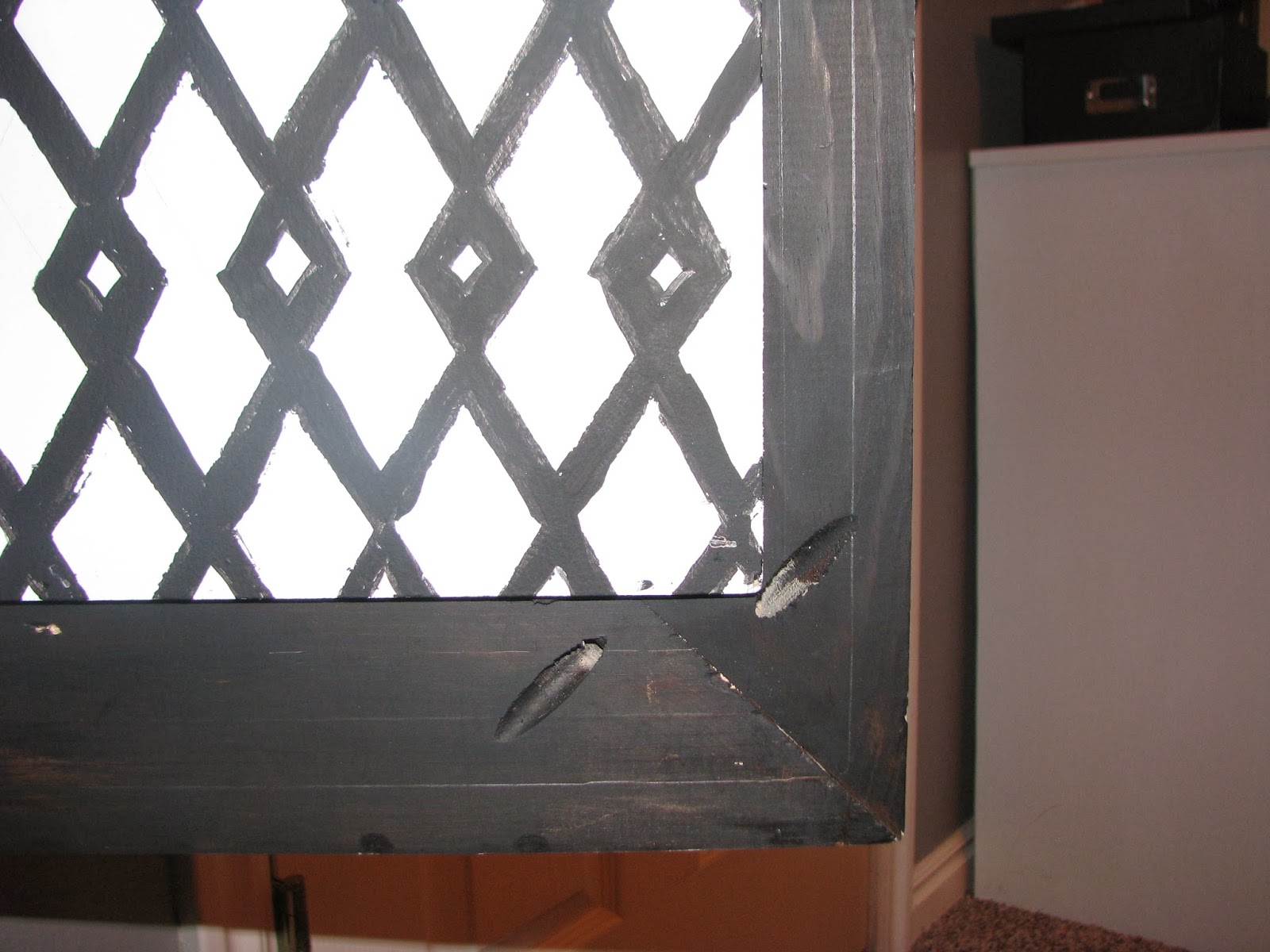 Then I cut a piece of 1/4" Birch Plywood for the back of the frame. I was going to glue a mirror to the front of the plywood, but when that didn't work out, I painted it with primer and then used spray adhesive to attach the picture I used. For the back, I really wanted a diamond design that I saw on some fabric that is now discontinued :( So, I cut out the design on my Silhouette machine, but when I tried laying it down, it proved to be too intricate to get it to lay straight. I ended up using the vinyl as a stencil and painted it on by hand. Ugh. 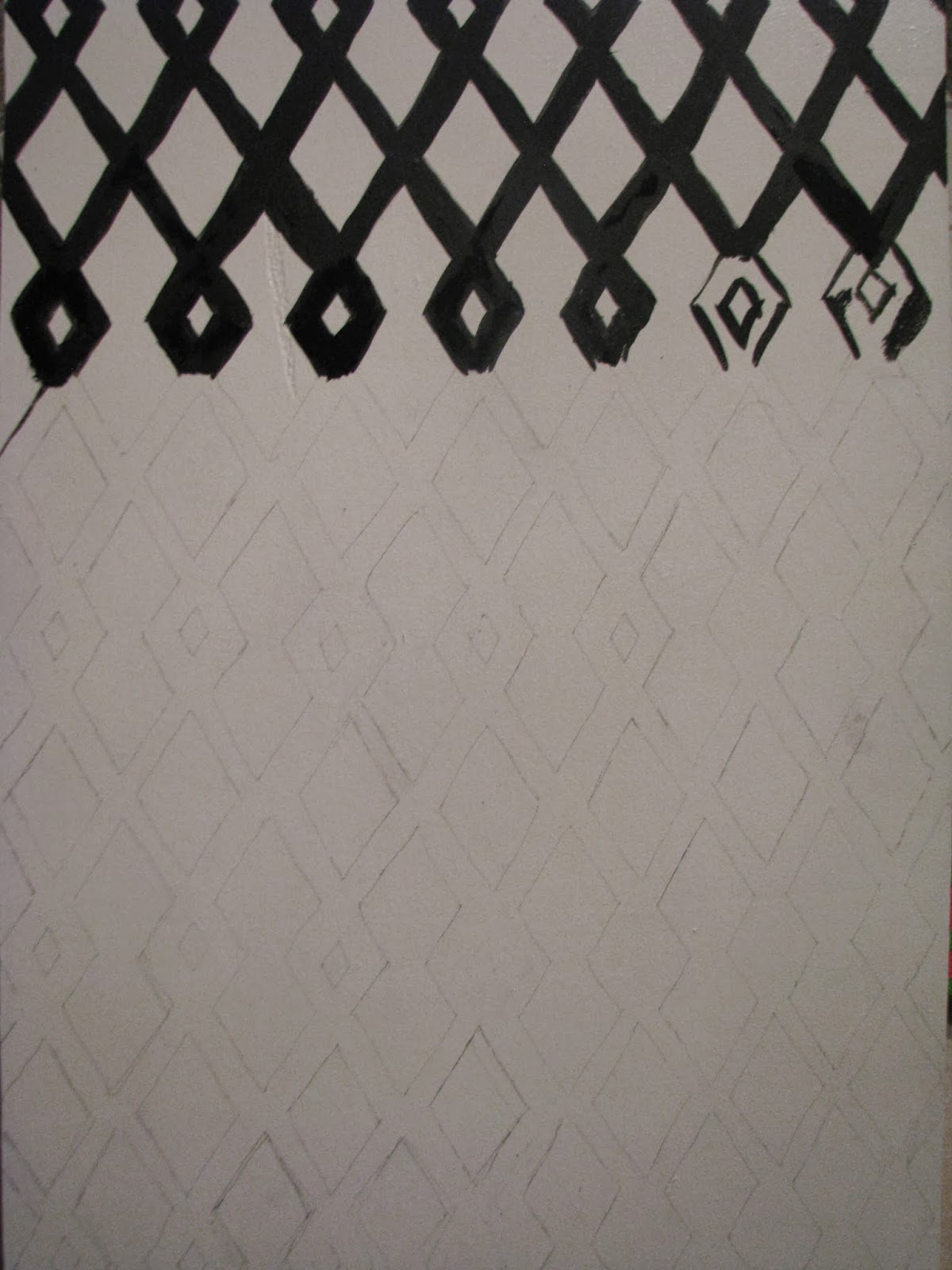 When it was dry, I nailed it to the frame with my nail gun. 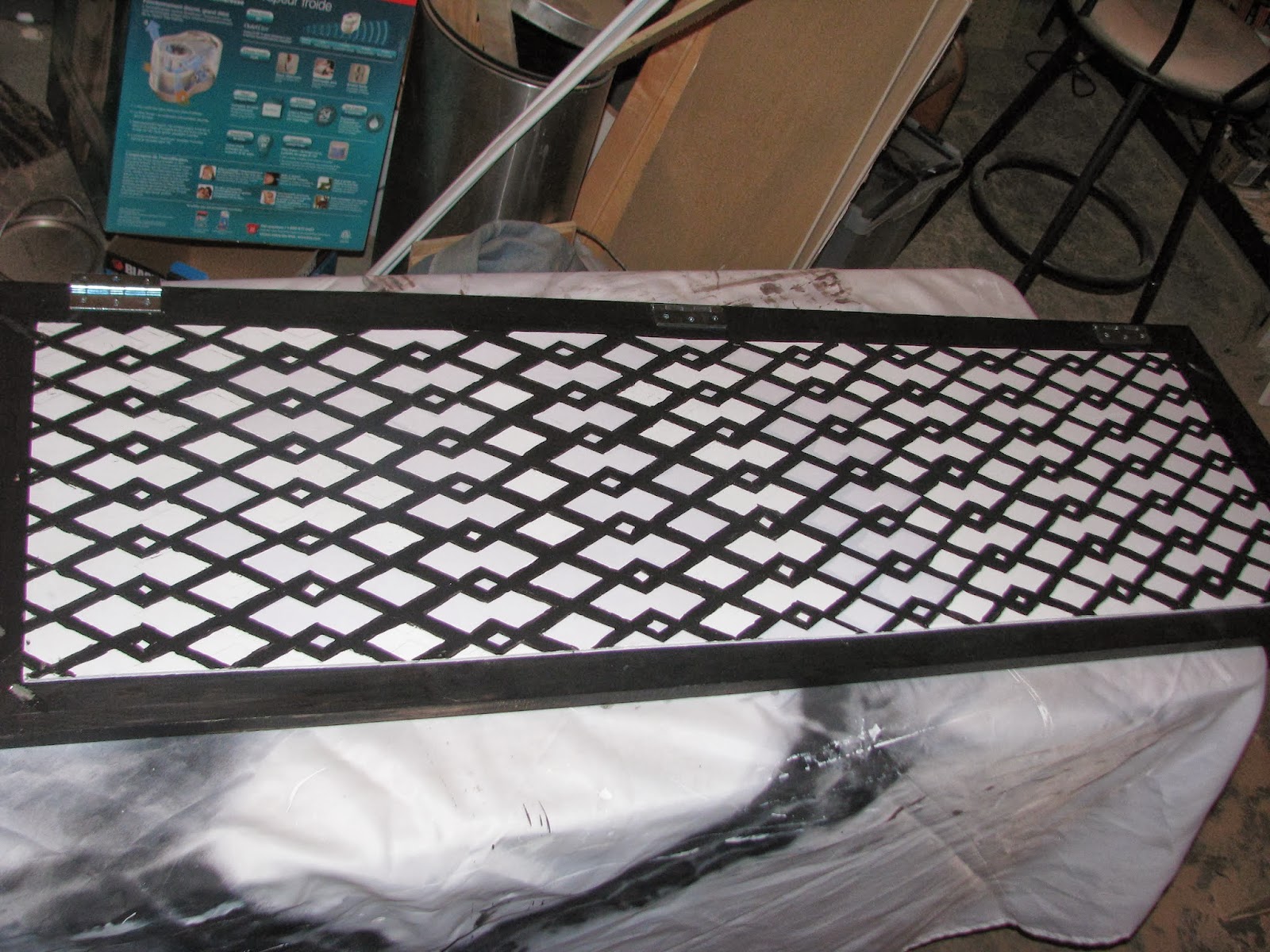 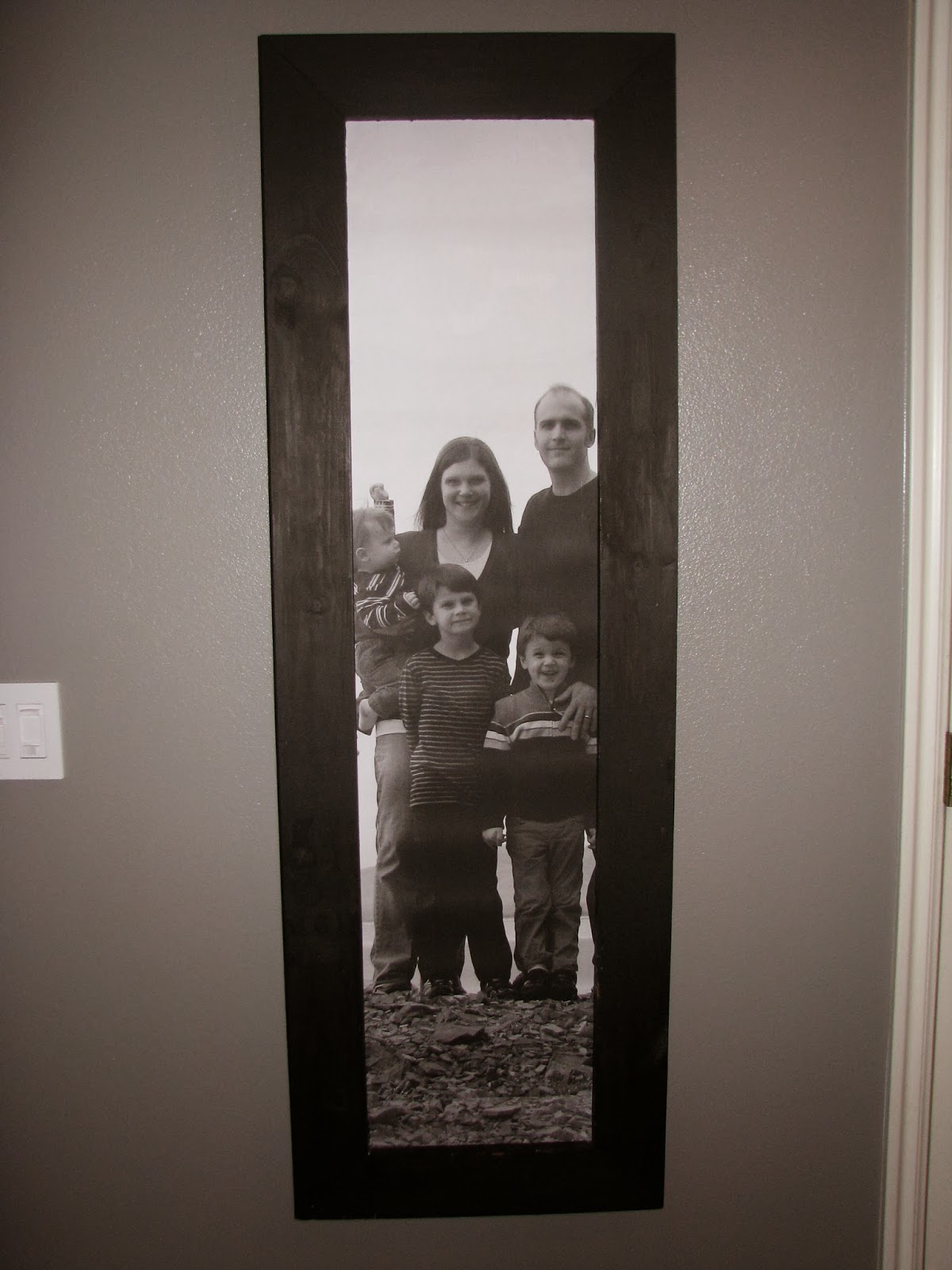 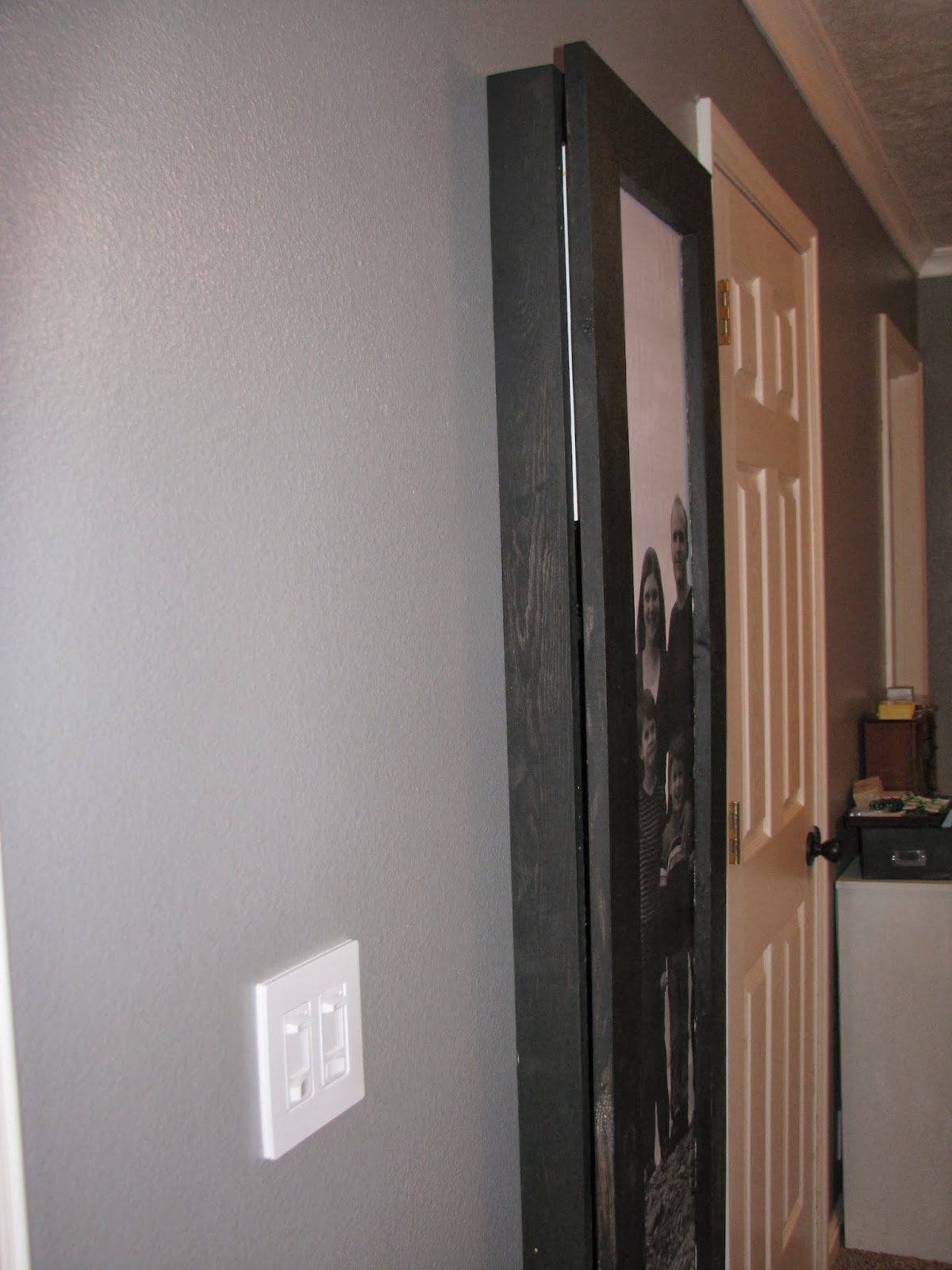 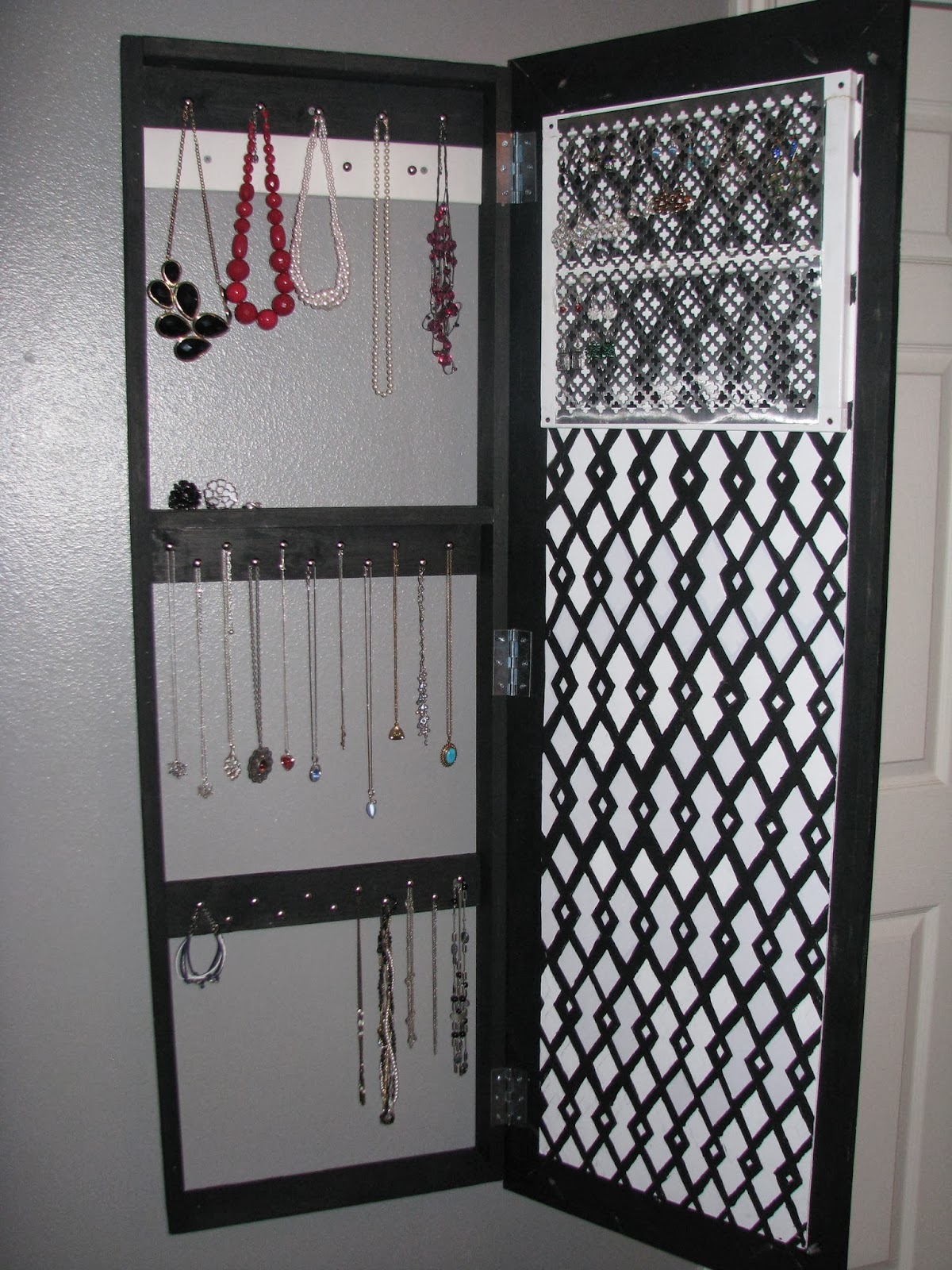